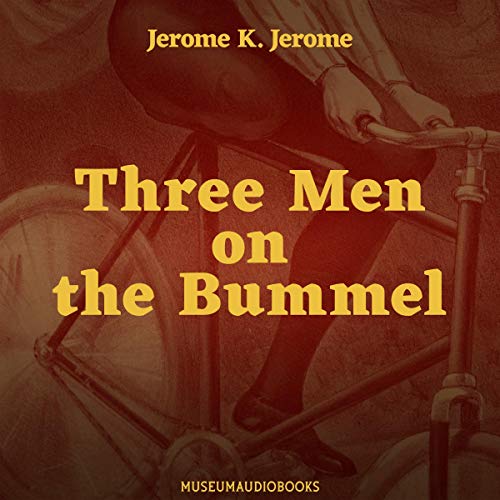 Three Men on the Bummel

Three Men on the Bummel, also titled Three Men on Wheels, is a humorous novel by Jerome K. Jerome, published in 1900, 11 years after his best seller, Three Men in a Boat. This time, the three companions J, George, and Harris take a bicycle tour through the Black Forest in Germany. Besides the bicycling travelogue, humorous vignettes or "set pieces" are constructed by a gradual accumulation of detail, including commentary on German culture from the point of view of a British tourist, and sitcom-like scenarios of the interactions between the characters.

What listeners say about Three Men on the Bummel

Having enjoyed Three Men In a Boat masterfully performed by Hugh Laurie, I thought that I could continue the vibe of the humorous Victorian adventures of J, George, Harris and Montmorency only to be horrified by the monotonous, flat rendition of this. Seriously disappointed.