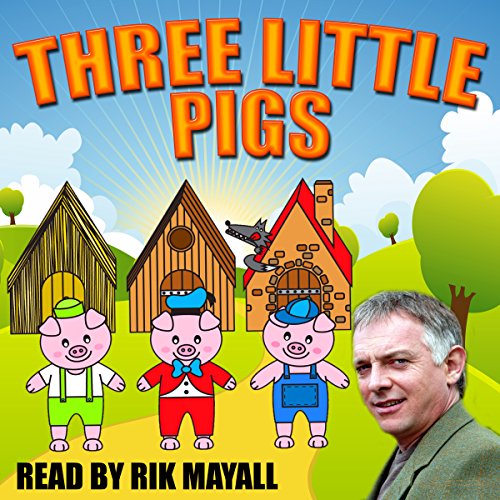 Enjoy this fantastic edition of The Three Little Pigs, narrated by the brilliant comedian, writer and actor Rik Mayall. Adapted by the renowned producer Mike Bennett, this delightful retelling of a classic tale will have you captivated from start to finish.

The late, great Richard 'Rik' Mayall was a pioneer of alternative comedy in the '80s, who formed a famous comedy partnership with Ade Edmondson and featured in numerous cult classic sitcoms, including The Young Ones, Bottom, Blackadder and Guest House Paradiso, among others. On 9 June 2014, at the age of 56, a massive blow was dealt to the world of comedy, as Rik passed away.

Our 5 year old loves this adaptation. Rik Mayall's never fails to amuse and make us all chuckle.

If only the Wolf was not an immigrant

loved it. it has a funny twist in the middle i wasnt expecting.. and rik mayall is of course brilliant.