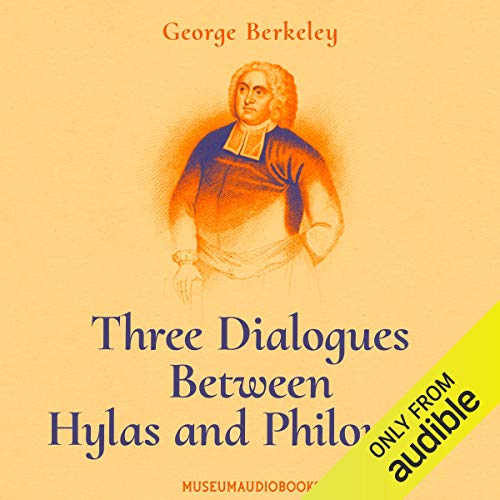 By: George Berkeley
Narrated by: Ian A. Miller

Three Dialogues Between Hylas and Philonous, or simply Three Dialogues, is a 1713 book on metaphysics and idealism by George Berkeley. The book was written as a response to the criticism of his work A Treatise Concerning the Principles of Human Knowledge.

Berkeley faced opposition from many philosophers who held to the Platonic view. He argues that sensible qualities like color, sound, temperature and even shape are not inherent in matter, but are ascribed and understood by the mind.

He advocates for the acceptance of ideas as real things; when we refer to an object, we refer to the idea of the object that informs our senses. Berkeley proposes that ideas themselves compose reality.