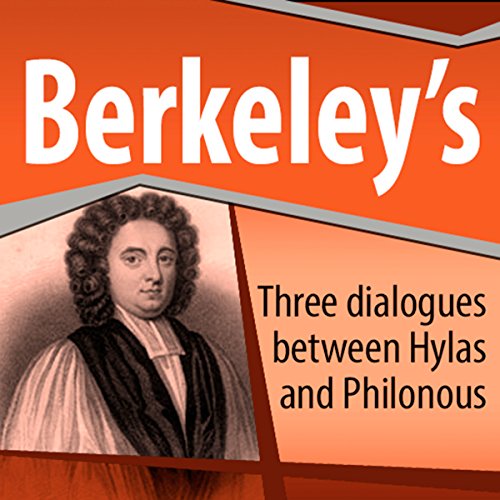 Berkeley uses the Socratic mode of inquiry in Three Dialogues Between Hylas and Philonous to question fundamental beliefs about knowledge and reality. These dialogues are between Hylas (whose name is derived from the ancient Greek word for matter) and Philonous, whose name means "lover of mind".

The new physical sciences developed in the 17th century supported the materialism proposed by Thomas Hobbes and several other philosophers. This worldview proclaimed that all of reality consists of nothing but matter in motion, thus promoting atheism and ethical skepticism. The implications for politics, ethics, and religion caused concern among leading intellectuals in the 18th century.

Whatever the value of the positive claims presented in this work, Berkeley foreshadows the philosophical impact of 20th-century physics, which challenges the foundations of such materialism and calls for a better understanding of both the physical and the mental aspects of reality.

Ray Childs at it again

Ray brings the characters; their frustrations and convictions to life. Berkeley's best arguments for immateralisme.

Reasoning was naive and convoluted. While fundamentally different from the thoughts of Rousseau, the arguments are similarly flawed.

The Thinker Who Lost the Argument with Himself

This must be the only time in philosophical history that a thinker lost to himself, and badly. His agenda is clear (that matter does not exist, only the spirit of God), but he is repeatedly beaten badly by his imaginary nemesis, offering only feeble attempts to parry the thrusts with double-talk, contradictions, blind dogmatic 'is' claims, and supreme dances of twisted sophistry. It doesn't end there. After being thoroughly and clearly beaten, he nevertheless declared himself the winner by having his victorious nemesis acquiesce to the preposterous arguments offered. I would say 'curiously', but I know why he did it - to spinelessly bow to the religious powers that be, which was his initial agenda, though he failed miserably. The only way this dialog works is as a parody of religious dogma and its blind dismissal of reality, but parody was sadly not the intent. Aside from the actual content, the book offers a glimpse into that period of the Western philosophical mind (as pitiable as it was).