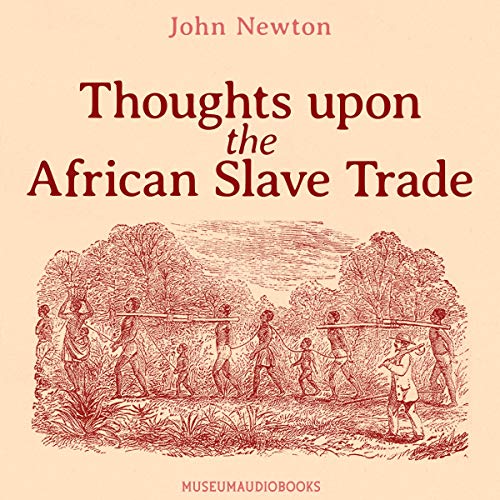 Thoughts upon the African Slave Trade

John Newton was the master of a slave ship, later becoming a beloved Anglican priest and an ardent abolitionist. His conversion to Christianity began in 1748, and in 1764 he was accepted in the priesthood. Newton collaborated with William Cowper to publish a volume of hymns, including the well-known “Amazing Grace”.

However, it took him a while to denounce the slave trade as the pamphlet "Thoughts upon the African Slave Trade" was only published in 1787. Its impact was immediate and it became quite influential. William Wilberforce was among those it inspired. Graphically describing the horrors of the slave trade, the publication is a moving confession of repentance for the author’s part in the hideous trade in human beings.

What listeners say about Thoughts upon the African Slave Trade