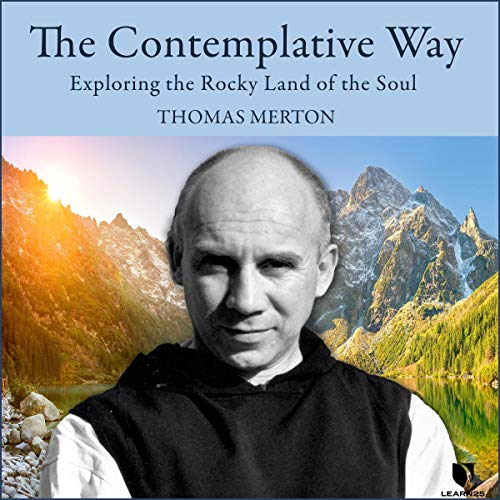 You are invited to sit at the feet of a contemplative master.

In the words of renowned theologian Fr. Lawrence Cunningham, Thomas Merton was perhaps "the greatest spiritual writer and spiritual master of the 20th century". With a poet's sensibility, an intellectual's inquiring mind, and a prophet's courage, Merton has captured the hearts of readers and listeners around the world.

After a radical conversion experience, Merton became a Trappist monk in the Abbey of Gethsemani, where he wrote the spiritual classic The Seven Storey Mountain. At the heart of Merton's transformative conversion was contemplation. Now, this series invites you into that profound contemplative experience. For Merton, contemplation is a gift from God that calls us to find our place within his creation.

Recorded during the last decade of his life, these six powerful conferences were delivered by Merton at Gethsemani, where he gave religious instruction to the novice monks. As you listen to Merton in his own voice, you will encounter a candid, personal side of this beloved spiritual writer. Remastered for you to enjoy, these conferences exemplify his teachings on prayer and contemplation.

These carefully selected conferences cover such topics as the spiritual journey, John Cassian's philosophy of prayer, silence as an act of worship, and the key components of prayer in meditation. In the final conference, you will listen to Merton's farewell address, a powerful talk that captures the human side of Merton. With an extensive afterword by Merton expert Fr. Anthony Ciorra, these conferences are true treasures.

Discover how time spent with Merton can be transformative.

Photograph of Thomas Merton by John Howard Griffin. Used with permission of the Merton Legacy Trust and the Thomas Merton Center at Bellarmine University.

What listeners say about Thomas Merton on Contemplation

The depth of his understanding and compassion is evident in this amazing audiobook. A true gift.