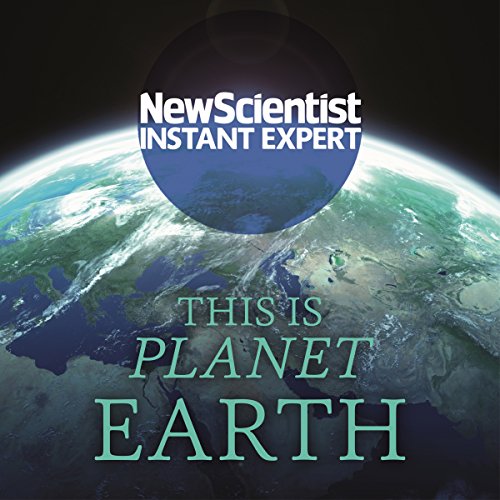 This Is Planet Earth

Your Ultimate Guide to the World We Call Home
By: New Scientist
Narrated by: Mark Elstob
Length: 6 hrs and 19 mins
Categories: Non-fiction, Environment
4 out of 5 stars 4.0 (3 ratings)

This Is Planet Earth

This Is Planet Earth is dedicated to the wonders of planet Earth, the most amazing place in the known universe.

The ancient Greeks called it Gaia, the Romans Terra. We know it simply as Earth, the planet we call home. And what a planet it is. Formed around 4.6 billion years ago from the debris of the big bang and long-dead stars, at first it was nothing special, but somehow it evolved to become the most amazing place in the known universe. The only living planet we know of, it also has a very unusual moon, a remarkably dynamic surface, a complex atmosphere and a deeply mysterious interior.

This Is Planet Earth is dedicated to the wonders of planet Earth. Its past is long and dramatic and its future shrouded in mystery. Yet despite centuries of research, only now are we starting to understand Earth's complexity.

About the series: New Scientist Instant Expert books are definitive and accessible entry points to the most important subjects in science: subjects that challenge, attract debate, invite controversy and engage the most enquiring minds. Designed for curious listeners who want to know how things work and why, the Instant Expert series explores the topics that really matter and their impact on individuals, society and the planet, translating the scientific complexities around us into language that's open to everyone and putting new ideas and discoveries into perspective and context.