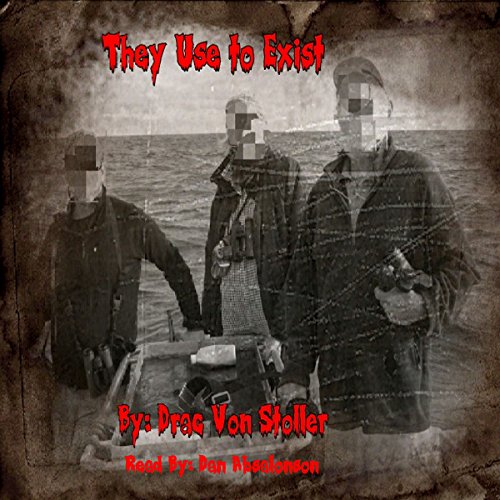 They Use to Exist

It was the summer of 1963 and three friends Mark, Dan and Steve who loved to sail the deepest oceans shared the same dream, they all wanted to find the lost ship called the SS Triton that was said to have disappeared somewhere in the Bermuda Triangle in 1933 carrying over twenty million dollars in gold coins.

After weeks of preparation with media attention the three friends were ready to set sail and have their pictures put on the front covers of all the major newspapers when they came back with the sunken treasure.

The three men said goodbye to their family's and boarded the vessel the Treasure Quest with excitement, and anticipation of finding the sunken treasure, and come back as heroes, but the Bermuda Triangle would change all that. The ocean was calm and the sky was as beautiful and blue as Dan's wife's eyes were. Mark grabbed three beers below deck, and passed one to each of his buddies, and toasted to their friendship, and to their quest of finding the SS Triton and what happiness the treasure would bring them. As their vessel was approaching the Bermuda Triangle a thick fog encased their vessel and that's when strange things started happening, but what felt like hours to the men only took minutes to change their lives forever. As the fog lifted the sky was blue and the ocean was calm, but even though everything looked normal when they return back home would only be a nightmare for them all.

What listeners say about They Use to Exist

Listen to “They Used To Exist” for a quick shot of suspense. I really enjoyed how atmospheric the production was - Dan Absalonson added just the right combinations of tone and special effects to make the listener feel like they’re experiencing an episode of “The Twilight Zone”.

The narrating was really bad and the story lack any thrill at all. A waster of a credit and nine minutes.