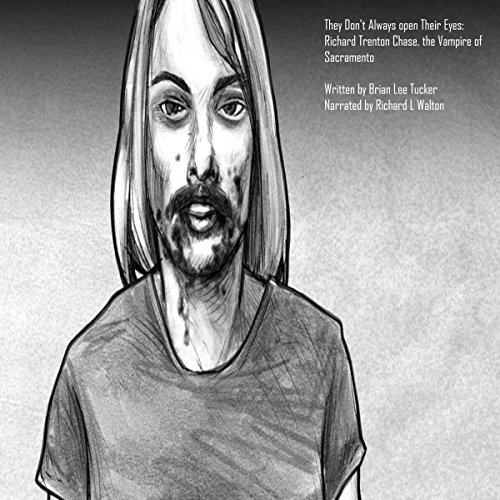 They Don't Always Open Their Eyes: Richard Trenton Chase, the Vampire of Sacramento

''They don't always open their eyes. That's one place the movies had it all wrong. But, if they did open their eyes, you had to pound the stake in good and hard and fast. If you didn't, their scream could wake the others and you'd really have your hands full then. And remember; always aim for the heart.
You see, the movies always simplify matters. It never fails, especially with your lower budget films. That's one of the main things I learned, after I'd learned that vampires really existed. I'm talking about real vampires, mind you, not the cardboard cut-outs you see at the drive-in. Real beings, part of a world of darkness and smog and all night 7-11's. I almost said, ''real flesh and blood'. I had to stop myself. Vampires are anything but that. I know. I, myself, am a vampire''

So says Richard Trenton Chase, the so-called “Vampire of Sacramento”, an American serial killer who killed six people in the span of a month in California. He earned the nickname "The Vampire of Sacramento" because he drank the blood of his victims and ate their internal organs. He did this as part of a delusion that he needed to prevent Nazis from turning his blood into powder via poison they had planted beneath his soap dish.

In They Don't Always Open Their Eyes, author Brian Lee Tucker takes a horrifying look into the mind of Chase and into his delusional beliefs that eventually led to his capture and imprisonment.

What listeners say about They Don't Always Open Their Eyes: Richard Trenton Chase, the Vampire of Sacramento