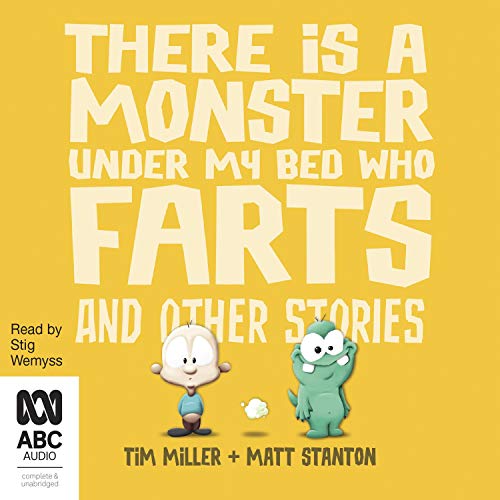 There's a Monster Under My Bed Who Farts and Other Stories

From two amazing talents comes a hilarious audiobook collection that's guaranteed to be a runaway hit with both young and old.

There Is a Monster Under My Bed Who Farts

Everyone says, 'It wasn't me!' But what if it really wasn't you? What if it was the monster who lives under your bed? How much trouble can one little monster cause?

There Is a Monster Under My Christmas Tree Who Farts

The Fart Monster is back, and he's tootier than ever! It's Christmas, and Fart Monster is up to his old stinky tricks.... Will the boy get the blame this time? Or will he be able to convince Santa to keep him off the naughty list?

There Is a Monster on My Holiday Who Farts

Most families go on holiday to get away from it all. But what if a lingering smell followed you from one country to the next?

Ever wondered what could remove that smile from the Mona Lisa's face? What could force the Buckingham Palace guards to run for their lives? What mighty gust of wind could finally make the Leaning Tower of Pisa fall?

And many more side-splitting stories for young listeners including: