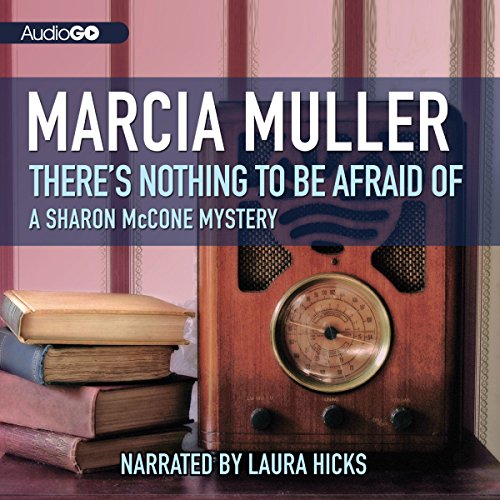 There's Nothing to Be Afraid Of

The Globe Apartments, six stories of decaying brick and concrete, rises above San Francisco's volatile Tenderloin district. The seedy former hotel, once a haven for the city's down and out, now houses Vietnamese families striving to improve their lives. But private eye Sharon McCone believes that someone from the Tenderloin's shadowy underworld is determined to drive the newcomers out.

The suspects range from the colorful to the dangerous: a poetry-loving drifter, a mean-spirited preacher, a flower feller with a deadly touch, an enterprising pornographer, and a developer who'd like nothing better than to unload his worst investment - the Globe Hotel. When the All Souls Legal Cooperative is called upon to stop the pattern of intimidation, resentment explodes into murder. As McCone takes up the refugees' cause, she is drawn into the depths of the city's most hated industry - and into the secrets of San Francisco's buried past.

What listeners say about There's Nothing to Be Afraid Of

This is the seventh in the Sharon McCone series, so it is set in the early 1980’s, soon after the end of the Vietnam war, and at a time when churches were working together to re-settle South Vietnamese into the United States, with a large population being settled in California. The Globe, an apartment building once home to wealthier people in San Francisco, is now mostly a building frequented by very poor people, until a Refugee committee rented most of the apartments in the building for Vietnamese families. The Vietnamese people cleaned up the building, but it is still in the Tenderloin District and the owner wants to sell the building but can’t because of rent control. Sharon McCone is called in because the Refugee Assistance Committee believes that there are people in the underworld of the Tenderloin who want to scare the Vietnamese families into leaving. Then, soon after she starts investigating, a teenage Vietnamese boy whose family resides in the building, is murdered. Then his best friend, who lives in the building, disappears, and the Pornography king who owns the old theater next door is found dead. The police want Sharon to stay away from the case, but of course she stays in the middle and solves the mystery. This is probably one of the last books to be about Sharon’s worksite, the All-Souls Legal Cooperative, as things are falling apart there, but this book still has most of the well-known characters involved.