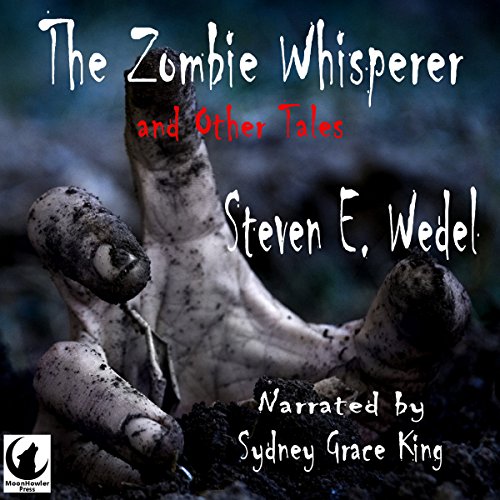 Steven E. Wedel offers four short stories that run the gamut from pure horror to shocking hilarity. First, in "The Zombie Whisperer", a young lady living in a secure compound with a few fellow survivors of the zombie apocalypse invites in a man who says he can communicate with the walking dead.

In "One Night in Benevolence" a man returns to the home where he suffered so much abuse at the hands of his now-dead father, only to find that some things are never forgotten.

"Dead Betty" tells the tale of a scientist who finds a way to reanimate the dead. Unfortunately, he underestimates the power of his creation.

Three buddies on a fishing expedition in Oklahoma's backwoods reel in more than they bargained for when "Noodlers Nab Nekkid Nymphs."

What listeners say about The Zombie Whisperer