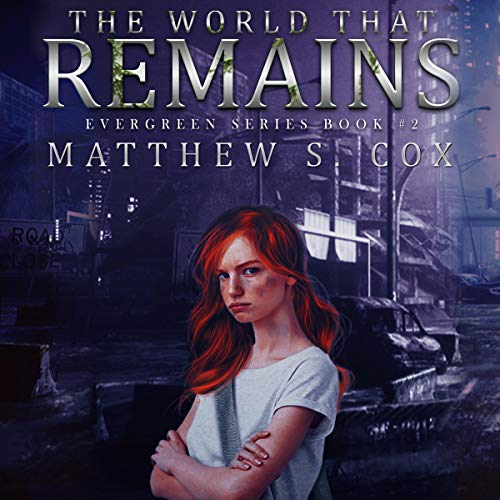 The World That Remains

The World That Remains

Six months ago, Harper Cody stressed out over finding the right college. Now, she’ll be thrilled if she makes it to her 18th birthday.

Unexpected nuclear war destroyed the world she knew, along with her dreams for a future. Violent thugs took away her parents and home, sending her fleeing into the ashes with her traumatized little sister. Following her best hope for survival, she chased a rumor of safety in the mountains.

Evergreen, Colorado, turned out to be the shelter she’d hoped for. There, her patchwork family could make the best of the world left behind. However, their new home came with an unexpected twist. To keep her father’s shotgun and protect her sister, sweet, introverted Harper had to join the militia.

Safety is relative in the aftermath of societal collapse. The mountain town may have avoided the worst of the atomic blasts, but danger still surrounds them: unstable people, starvation, cold, disease...and something or someone creeping about late at night, stalking the most vulnerable among them.

I’m not sure if it was the poor writing or the narrator but there was way to many ‘ugh’ and ‘ack’ in the book for my liking. I have never heard of anyone saying that nor have I ever thought it. The story line went from a post apocalyptic tale to a serial killer to some sort of ninja - extremely weird.

I happen upon this author by accident and got the first book, Evergreen which then led me into the series. The narrator does a good job at character voices and pace. I like the fact that she is catching on quick to the 'this is a new world' mentality that is presented.
My main gripe is that I can't get the next books yet and that frustrates me.