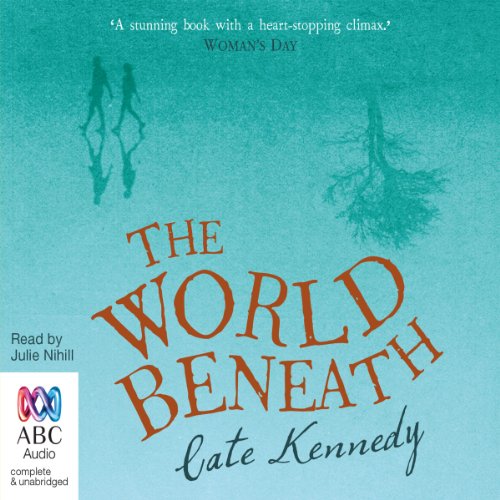 In Tasmania, two former environmental activists find themselves settled into middle age with a 15-year-old daughter. But a father-daughter trek in the outback leads to some hard discoveries for all involved. In the end, these three characters must do some serious soul searching if they are to come together. Australian Actress Julie Nihill is a voice worth hearing. Her tone is full of warmth and security, like a fire on a snowy day. She handles youthful characters and older ones with ease. It's no wonder Booklist gave The World Beneath a starred review.

Once, Rich and Sandy were environmental activists, part of a world-famous blockade in Tasmania to save the wilderness. Now, 25 years later, they have both settled into the uncomfortable compromises of middle age – although they’ve gone about it in very different ways. About the only thing they have in common these days is their 15-year-old daughter, Sophie. When the perennially restless Rich decides to take Sophie, whom he hardly knows, on a trek into the Tasmanian wilderness, his overconfidence and her growing disillusion with him set off a chain of events that no one could have predicted. Instead of respect, Rich finds antagonism in his relationship with Sophie; and in the vast landscape he once felt an affinity with, he encounters nothing but disorientation and fear. Ultimately, all three characters will learn that if they are to survive, each must traverse not only the secret territories that lie between them but also those within themselves.

What listeners say about The World Beneath