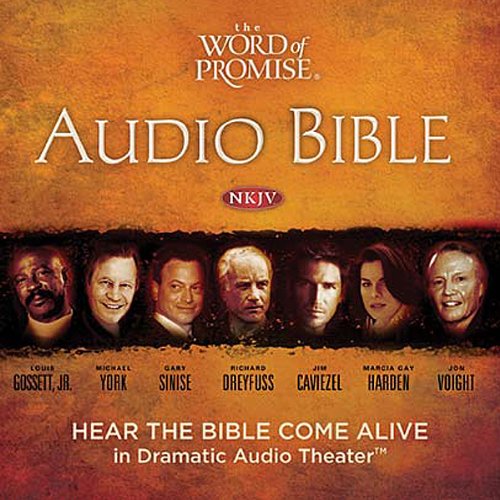 This faithful rendering of the New King James Version presents the Bible in more than 90 hours of compelling, dramatic audio theater format.

This world-class audio production immerses listeners in the dramatic reality of the Scriptures as never before with an original music score by composer Stefano Mainetti (Abba Pater), feature film quality sound effects, and compelling narration by Michael York and the work of over 500 actors.

The Word of Promise: Complete Audio Bible has received the following awards: