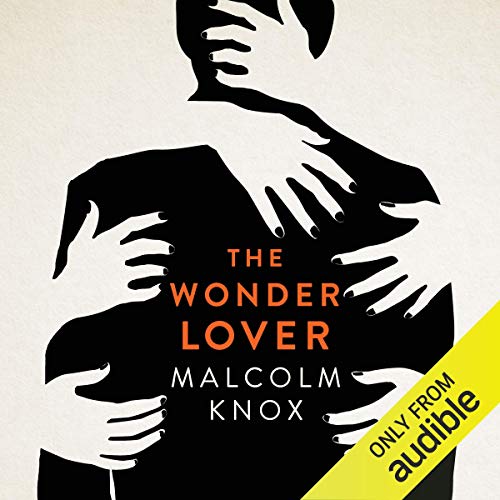 What's the worst thing that can happen to a man with three secret families? He falls in love.

This is the story of John Wonder, a man with three families, each one kept secret from the other, each one containing two children, a boy and a girl. As he travels from family to family in different cities, he works as an Authenticator, verifying world records, confirming facts, setting things straight, while his own life is a teetering tower of breathtaking lies and betrayals.

The Wonder Lover is a stunning audiobook that again and magnificently confirms Malcolm Knox as one of our brightest stars, an imaginative tour de force that ranks alongside the best work of Nabokov, Amis, Ireland and Carey.

The Guardian famously wrote of Malcolm, 'If Winton is an aria, Knox is early Rolling Stones', but this time around he's got the orchestra along as well, and every single note rings deep and rich and true. This bedtime story told by children to adults is jaw-droppingly original, breathtakingly audacious and fearlessly accomplished.

"Some books read as if they are touched by magic, so wondrous and astonishing is the experience of immersing yourself in them. That's how I feel about The Wonder Lover. It is written with confidence and daring, with a joyous freedom and a love for story and language that is only possible when an artist has truly mastered their craft. It is a compulsive and thrilling read, a dazzling achievement. There is a word that should be used very rarely but I believe is absolutely right for this book: The Wonder Lover is superb." (Christos Tsiolkas, author of The Slap)

What listeners say about The Wonder Lover