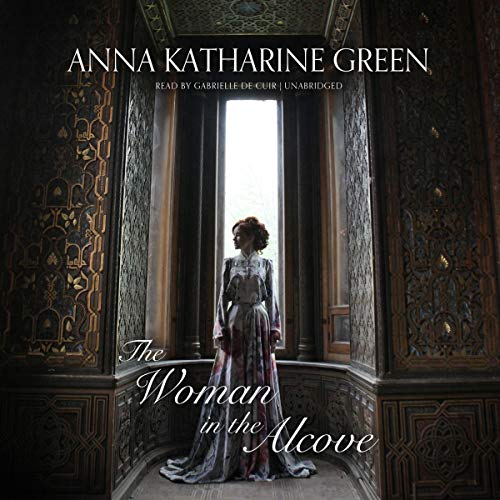 Against all odds, Rita Van Ardsdale has landed the man of her dreams and is blissfully in love. But her shot at happily ever after is jeopardized when her fiancé is accused of murder. It falls to Rita to crack the case and clear her beloved’s name. Is she up to the task?

Rita Van Arsdale, a member of the high society in New York, is invited to an elegant party where she falls in love with a gentleman called Mr. Durand, who returns her feelings and proposes to her. But their plans are derailed after Mrs. Fairbrother, who has arrived at the party wearing a spectacular diamond, is discovered murdered in an alcove.

The prime suspect is none other than Mr. Durand, so Miss Van Arsdale gets down to work (which includes everything from gossiping and eavesdropping to reading other people’s letters) to reconstruct the true course of events and prove that her love is indeed innocent.

What listeners say about The Woman in the Alcove

i enjoyed the story narration a lot.
i do not find the story interesting, find it quite boring and unnecessarily lengthy.