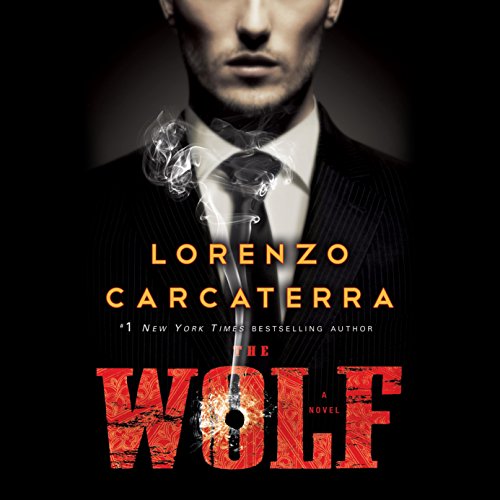 In this thrilling novel by Lorenzo Carcaterra - the number-one New York Times best-selling author of Sleepers, Gangster, and Midnight Angels - organized crime goes to war with international terrorism in the name of one man’s quest for revenge.

My name is Vincent Marelli, though most people call me The Wolf. You’ve never met me, and if you’re lucky you never will. But in more ways than you could think of, I own you.

I run the biggest criminal operation in the world. We’re invisible but we’re everywhere. Wherever you go, whatever you do, however it is you spend your money, a piece of it lands in our pockets.

You would think that with that kind of power I would be invincible. You would be wrong. I made a mistake, one that a guy like me can never afford to make. I let my guard down. And because I did, my wife and daughters are gone. Murdered by terrorists with a lethal ax to grind.

That was my mistake.

But it was also theirs.

I wasn’t looking for a war with them. No one in my group was. But they’ve left me with nothing but a desire for revenge - so a war is what they’ll get. The full strength of international organized crime against every known terrorist group working today. Crime versus chaos.

We will protect our interests, and I will protect my son. We won’t get them all, but I will get my revenge, or I will die trying.

They will know my name.

They will feel my wrath.

They will fear The Wolf.

"Lorenzo Carcaterra is one of the my favorite writers in the world, and The Wolf is his best book yet. In it you’ll meet the superbly crafted crime boss Vincent Marelli - and then you’ll spend this riveting read trying to decide whether Marelli, like Michael Corleone, is a hero or a villain. Pick up a copy of The Wolf and you won’t put it down until the surprise ending!" (Lisa Scottoline, New York Times best-selling author of Accused)
" The Wolf crackles with the geopolitical high stakes of Homeland, the intrigue and lore of The Godfather, and the clock-ticking final showdown of 24. No one combines such themes as Renaissance art, global terror, and all things Italian like Lorenzo Carcaterra." (Andrew Gross, New York Times best-selling author of Everything to Lose)

What listeners say about The Wolf

I wanted to read this because I thought it reminded me of another book that I loved! They were nothing alike! The author in this book is very detailed and makes you imagine being right there where all the action is taking place. This is a nice read, but I have a feeling that there is more to be said! I would recommend this book to others!

When is the next book? Gripping, fast paced and the description was wonderful. Lorenzo never disappoints!