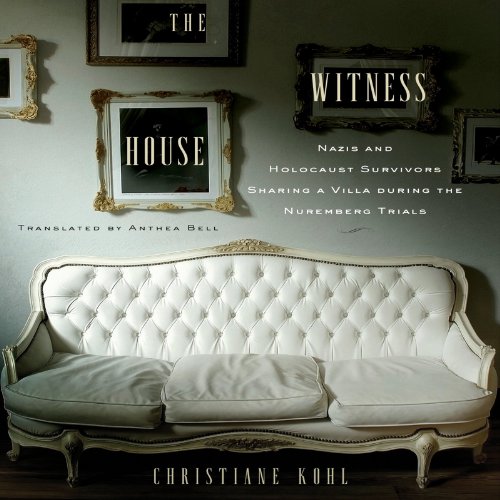 Autumn 1945 saw the start of the Nuremberg trials, in which high ranking representatives of the Nazi government were called to account for their war crimes. In a curious yet fascinating twist, witnesses for the prosecution and the defense were housed together in a villa on the outskirts of town. In this so-called Witness House, perpetrators and victims confronted each other in a microcosm that reflected the events of the high court. Presiding over the affair was the beautiful Countess Ingeborg Klnoky (a woman so blond and enticing that she was described as a Jean Harlowe look-alike) who took great pride in her ability to keep the household civil and the communal dinners pleasant. A comedy of manners arose among the guests as the urge to continue battle was checked by a sudden and uncomfortable return to civilized life.The trial atmosphere extends to the small group in the villa. Agitated victims confront and avoid perpetrators and sympathizers, and high-ranking officers in the German armed forces struggle to keep their composure. This highly explosive mixture is seasoned with vivid, often humorous, anecdotes of those who had basked in the glory of the inner circles of power. Christiane Kohl focuses on the guilty, the sympathizers, the undecided, and those who always manage to make themselves fit in. The Witness House reveals the social structures that allowed a cruel and unjust regime to flourish and serves as a symbol of the blurred boundaries between accuser and accused that would come to form the basis of postwar Germany.

What listeners say about The Witness House

I couldn't get through the first 4 chapters. It's too bad the poor narration prevented further listening.