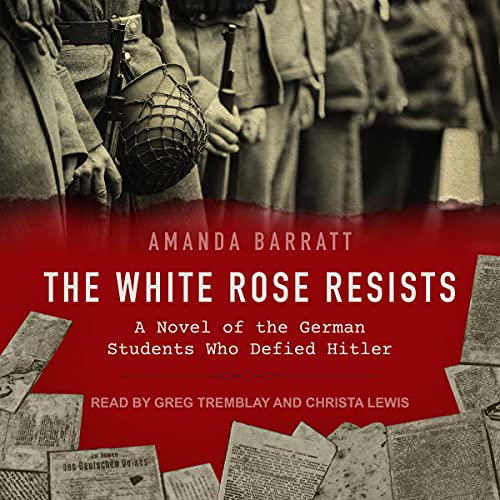 Inspired by the incredible true story of a group of ordinary men and women who dared to stand against evil.

The ideal of a new Germany swept up Sophie Scholl in a maelstrom of patriotic fervor - that is, until she realized the truth behind Hitler's machinations for the fatherland. Now she and other students in Munich, the cradle of the Nazi government, have banded together to form a group to fight for the truth: the White Rose. Risking everything to print and distribute leaflets calling for Germans to rise up against the evil permeating their country, the White Rose treads a knife's edge of discovery by the Gestapo.

Annalise Brandt came to the University of Munich to study art, not get involved with conspiracy. The daughter of an SS officer, she's been brought up to believe in the Führer's divinely appointed leadership. But the more she comes to know Sophie and her friends, the more she questions the Nazi propaganda.

Soon Annalise joins their double life-students by day, resisters by night. And as the stakes increase, they're all forced to confront the deadly consequences meted out to any who dare to oppose the Reich.

What listeners say about The White Rose Resists

There is clearly a risk when you insert fictional characters into a true story and the author just about stayed on the right side of that line most of the time for me. They strayed close in the final sections but by then I was invested in the story. There may have been more effective resistance groups than the White Rose but their youth and the undeniable bravery of university students doing what powerful adults failed to do can’t help but stir your emotions. One small criticism is that neither narrator defined the different characters clearly enough and it wasn’t always clear who was talking if you missed the section heading.