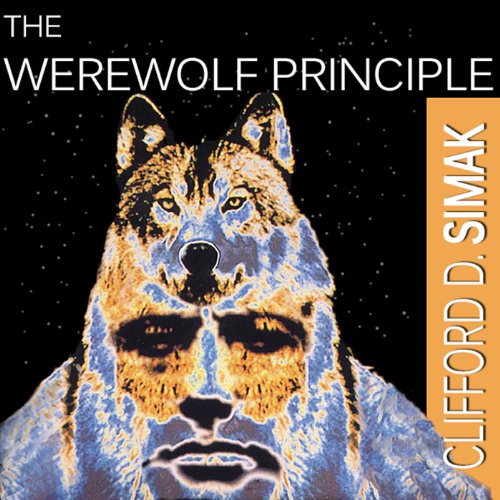 In the middle-distant future, Andrew Blake, discovered huddled inside a capsule orbiting a remote star, is brought back to Earth suffering from total amnesia. Over 200 years old, he thinks and acts like a man, but becomes frighteningly aware of two alien beings that lurk within his body - a strange biological computer, and a wolf-like creature. Dangerously possessed, Blake breaks out of the hospital to look for his past. What he discovers is a world that has no place for him, filled with telepathic brownies, talking houses, and a government that wants to get rid of him. Permanently. One of Simak's most provocative novels brings to life exciting ideas and themes just as philosopically and scientifically relevant today as the day he wrote it.

What listeners say about The Werewolf Principle

What does it mean to be human?

What made the experience of listening to The Werewolf Principle the most enjoyable?

Enjoyable multi-voice production. Plus, Simak's vision of the future of bio-engineering was remarkable. Including the fact that there would be many people rabidly against tinkering with the basics of human. And the question: What does it mean to be human? is explored in meaningful ways.

What other book might you compare The Werewolf Principle to and why?

What does Geoff Williams bring to the story that you wouldn’t experience if you just read the book?

Listen! I love good multi-voice productions. And this is one of the best.