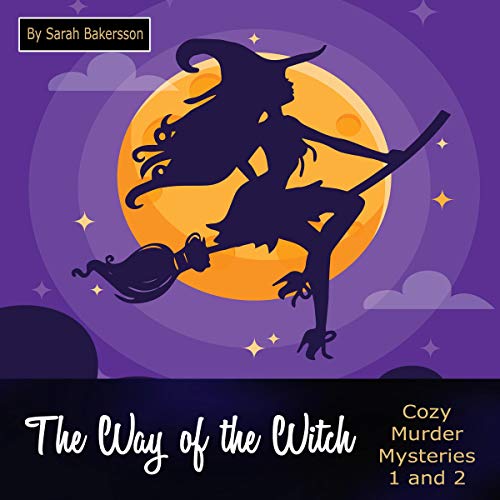 The Way of the Witch

Count yourself lucky, because today, you’re going to be able to listen to two titles in one book!

A witch from the east meets the west. Cordelia Haggins is a young witch who has nothing but good intentions. She moves into a small place with her cat, Panther, only to find out that the peaceful town she expected, has a number of secrets. A corpse alongside the shore is all she needs to understand that her support will be useful.

With her magic, and with the help of a detective, she finds herself hunting down suspects and interrogating various individuals to uncover the truth of what really happened, and why.

This cozy mystery is full of puzzles, psychology, silly jokes, and interesting characters.

After a mop flight to the forest, Cordelia discovers that the small towns she has heard about, aren’t lacking any problems. Not long after she arrives at her tent, a person goes missing, and curious as the young witch is, she follows the leads and the clues to find out who is involved.

Along with her cat, the county’s sheriff, and others, the search for the missing person becomes a tough one, and a dark, older witch, becomes an obscure threat to her integrity. Follow the story of Cordelia as she struggles with ethics, psychos, and kidnappings in a remote village in the woods.

What listeners say about The Way of the Witch

Can I just say that this book is awesome? Yeah, I'm going to anyway. This book has 2 separate murder mysteries and they are both a lot of fun. They sparked my curiosity and the endings were great.

I love stories like these. Keep them coming! These are so much fun. Oh, I guess I need to write another line for this review to go through. Well, there you have it. This is the best story bundle I have heard in a while.