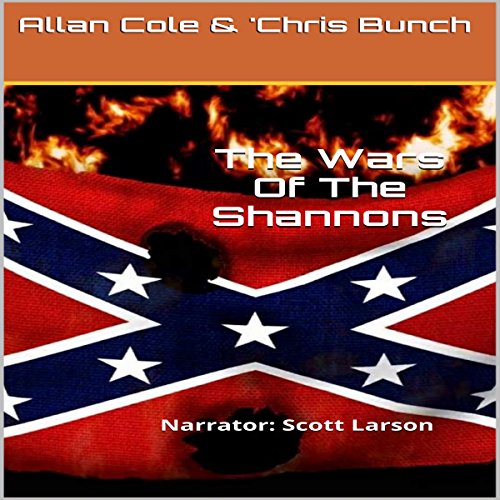 The Wars of the Shannons

In Book 3 of The Shannon Trilogy, young Patrick Shannon is the heir-apparent to the Shannon fortune, but murder and betrayal at a family gathering send him fleeing into the American frontier, with only the last words of a wise old woman to arm him against what would come. And when the outbreak of the Civil War comes he finds himself fighting on the opposite side of those he loves the most. In The Wars of the Shannons we see the conflict, both on the battlefield and the homefront, through the eyes of Patrick and the members of his extended Irish-American family as they struggle to survive the conflict that ripped the new nation apart, and yet, offered a dim beacon of hope.

What listeners say about The Wars of the Shannons