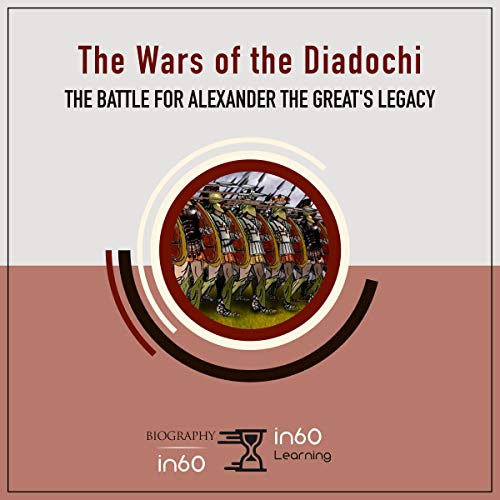 The Wars of the Diadochi

Get smarter in just 60 minutes with in60Learning. Concise and elegantly written non-fiction books and audiobooks help you learn the core subject matter in 20 percent of the time that it takes to read a typical book.

Life is short, so explore a multitude of fascinating historical, biographical, scientific, political, and financial topics in only an hour each.

When Alexander the Great died, his empire collapsed in a rash of battles an in-fighting between his cavalcade of generals. The Wars of the Diadochi divided up his holdings and determined how much of the Mediterranean world would look for the next thousands of years. Greece, Egypt, Persia, Babylonia, and even parts of India were left hanging in the balance.

This audiobook jumps into this tumultuous conflict that lasted for nearly 100 years and impacted every person living in the ancient world. It would also be the conflict most responsible for spreading and consolidating Greek culture throughout the ancient world.

What listeners say about The Wars of the Diadochi