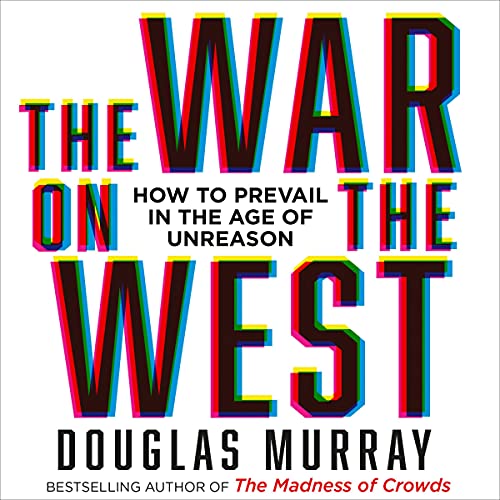 The War on the West: How to Prevail in the Age of Unreason

The brilliant and provocative new book from the world’s foremost cultural commentator.

‘The anti-Western revisionists have been out in recent years. It is high time that we revise them in turn....’

In The War on the West, international best-selling author Douglas Murray asks: if the history of humankind is a history of slavery, conquest, prejudice, genocide and exploitation, why are only Western nations taking the blame for it?

It’s become, he explains, perfectly acceptable to celebrate the contributions of non-Western cultures, but discussing their flaws and crimes is called hate speech. What’s more it has become acceptable to discuss the flaws and crimes of Western culture, but celebrating their contributions is also called hate speech. Some of this is a much-needed reckoning; however, some of it is part of a larger international attack on reason, democracy, science, progress and the citizens of the West by dishonest scholars, hatemongers, hostile nations and human rights abusers hoping to distract from their ongoing villainy.

In The War on the West, Douglas Murray shows how many well-meaning people have been lured into protests and polarisation by such lies and hypocrisy. A blistering and important polemic, Murray’s latest book carefully and methodically shows how far political discourse has strayed in Europe and America from its stated goals: justice and equality. Propelled by an incisive deconstruction of inconsistent arguments and activism, towards a clarion call for the defence of enlightenment values, The War on the West is one of the most important books for a generation, cementing Murray as the world’s foremost political commentator.

What listeners say about The War on the West: How to Prevail in the Age of Unreason