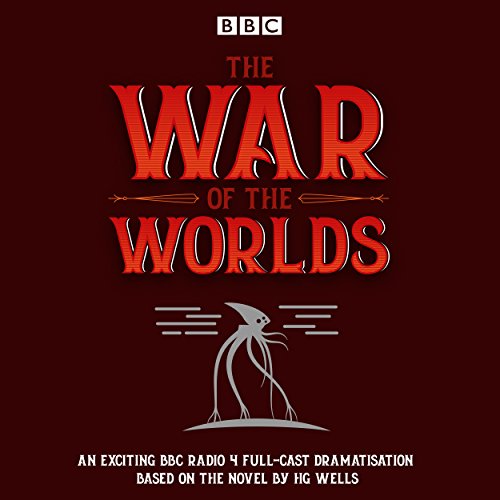 The War of the Worlds

When strange explosions are observed on the surface of Mars, excitement spreads among the scientific community. Surrey astronomer Ogilvy invites his friend Robert to the observatory to witness the turbulence on the red planet.

Ten days later, Ogilvy discovers a strange projectile on Horsell Common – with something inside. Robert rushes to view the craft, and is present when Martians emerge and turn their heat rays on the locals, who are waving white flags. It is the beginning of a merciless invasion....

As Robert flees in search of safety, accompanied by a young curate, young soldier Billy experiences the chaos happening in London. As the Martians take control, transforming the landscape and decimating the population, is this the end for the human race? Wells' terrifying science fiction tale, first published in 1898, is both a reflection of Victorian fears of a coming apocalypse and a critique of British imperialism. This enthralling dramatisation asks how humankind would fare if colonised by a vastly superior technological invader.

It stars Blake Ritson as Robert, with Samuel James as Billy and Carl Prekopp as the Curate.

What listeners say about The War of the Worlds

Outstanding work and cast from "The War of the Worlds." Had the classic version of this but this version does a good job. Love the drama and the sound the effect that it had.

A slow descent into madness

So much better than that film with the same name starring Tom Cruise.

Set in England during the Victorian era.

I was extremely disappointed with this 2017 dramatized version of War of the Worlds which is one of my favourite sci-fi audios . It seems like a cheap production lacking good sound effects and therefore was not even thrilling to listen to . Plus I got slightly confused with the characters . And this version was rather short time wise. The last dramatised version 2007 by the BBC was vastly superior in sound effects and atmosphere and character build up and is still available on audible .

One of the worst versions I've listened to!

A mess of a story that seems to be trying to show all the men in the story as cowardly, thugs who are looking for someone to blame for their decent in to madness and that all the women are the strong willed leaders who can solve all the problems.

The Martians are reduced to a side story and don't really impact the story at all. In fact the story is so short (only two episodes) that the whole section of the narrator (in this version a pathetic selfish stuck up writer) and the Curate being trapped under the falling cylinder is cut out completely and replaced with them hiding in London.

This is not a good version of such a classic story. I much prefer the BBC version set in the 1950 by Jon Manchip White and featuring Paul Daneman, Peter Sallis and Martin Jarvis. It's a much more atmospheric and truly terrifying version that just tells Wells story in a modern setting and it's on Audible as is the 2007 BBC version that I've been told to try as it actually sets up the characters properly unlike this version where I could quite happily of had them wiped out by the heat Ray.

a great modern day effort on a classic

I must admit I was sceptical but delightfully surprised. enjoyed very much, and very well acted

No one would have believed...

That this audiophile could be so good. I will admit, I was expecting it to be a word for word read through of the original source material, but was utterly pleased at the great performance that was presented.

The sound effects went well with the story, and the pace was perfect. I would definitely recommend this for anyone who wants a different take on the classic story.

enjoyable with a great cast

an excellent cast but felt it lacked the threat and and terror I have felt from other adaption.

At last, a post post-modern take on War of the Worlds.

If anything this rendition of the idea is even bleaker than the original and the Edwardian setting is done with a sense of period that is believable. Far superior to the self conscious 'steam punk' anniversary offerings from the likes of Stephen Baxter. Wells maybe forever consigned to historic era of science fiction but his work was never fatuous or cute in its sharp observations of the human condition.