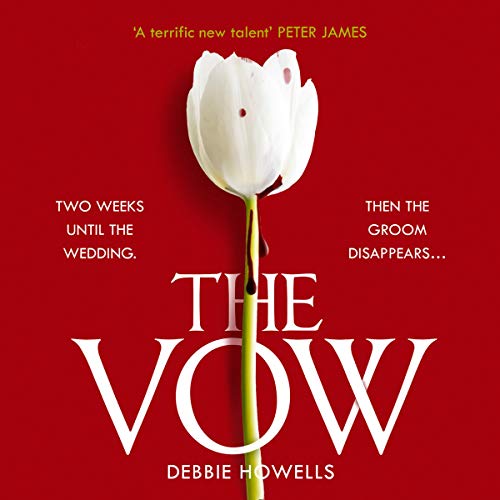 Everything was perfect. And then her fiancé disappeared....

Two weeks before her wedding, a stranger stops Amy in the street and warns her she’s in danger. Then that night, Matt, her fiancé, doesn’t come home. Desperate, Amy calls the police - but when Matt fails to emerge, she’s forced to call off her wedding day.

Then another man is reported missing, by a woman called Fiona - a man meeting Matt’s description, who was about to leave his fiancée for her. He was supposed to be moving in with her - but instead, he’s vanished.

Amy refuses to believe Fiona’s lover can be her Matt - but photos prove otherwise, and it soon becomes clear that Matt has been leading a double life. As the police dig deeper, two conflicting, yet equally plausible stories emerge from two women who allegedly have never met.

The wedding day never happened. But the funeral might.

What listeners say about The Vow

THE VOW had a very, very strong beginning that really WOWed me. Unfortunately, as the book progressed, the plot became convoluted and my enthusiasm for the book waned. Although the ending was much stronger than the middle portion of the book, the book's ending was borderline predictable. When the author reverted back to the two main characters' teenage years, the book started to lose steam for me. Also, although the author did a great job with the character development of Amy (the woman with the missing fiance) and her daughter, the character development of Fiona (the other woman) was lacking. TO SUM UP: this book could have, should have been a 5-star book but it wasn't. My 4-star rating for this book was really a 3.5-star rating that was rounded up because of the book's strong beginning. I always love it when a book has multiple narrators. The male narrator and two of the female narrators for Amy and Fiona were excellent. The other female narrator sounded like she was an 8-year old and this was irritating. Overall, I enjoyed the book and will definitely be reading this author's future books.

This is a very fast paced psychological thriller and once you start it's almost impossible to stop listening! I didn't know what or who to believe and it tied me up in knots as it has so many twists and turns, with a great ending. The narration by Sarah Durham, Julia Bird, Julie Maisey and Joseph Balderrama was great, and the cover of this book is gorgeous!

Good story let down by narrator

The narrators really let down the story. The voices were annoying and akin to nails on a blackboard. If you have a choice - read this book don't listen to it