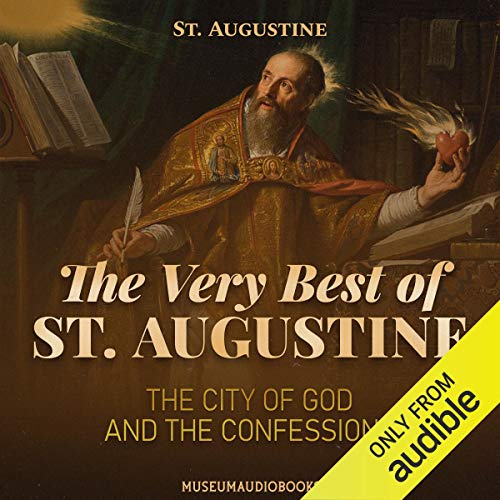 The Very Best of St. Augustine: The City of God and the Confessions

Confessions, St Augustine’s autobiographical work comprising 13 books, is not a complete autobiography as it was written during his early 40s. He states his regrets for having followed Manichaeism and believing in astrology, and tells of Saint Ambrose's role in his conversion to Christianity. Besides giving an account of the author’s sinful youth and his conversion, Confessions is also an important theological work, featuring spiritual meditations and insights. The City of God is a book of Christian philosophy. The narrative portrays history as a conflict between the “Earthly City” of worldly cares and pleasures, and the City of God, inhabited by those who are devoted to the eternal truths.

A cornerstone of Western thought, The City of God examines profound questions of theology, such as the conflict between free will and divine omniscience, and the doctrine of original sin.

What listeners say about The Very Best of St. Augustine: The City of God and the Confessions