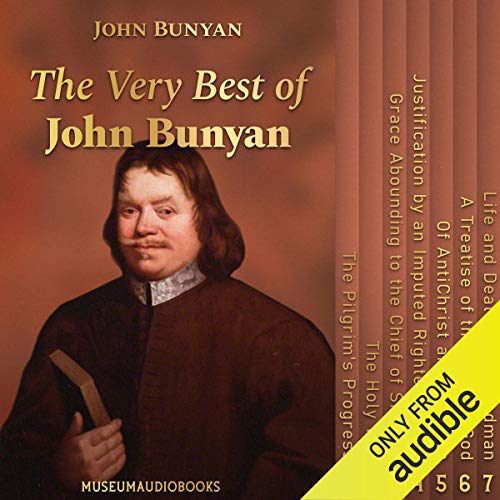 The Very Best of John Bunyan

John Bunyan (1628-1688) was an English author and Puritan preacher. Best known for his famous allegorical works, Pilgrim’s Progress and The Holy War, Bunyan published 42 works in his lifetime, while another 16 were published posthumously. This collection includes his spiritual autobiography Grace Abounding to the Chief of Sinners, the allegorical novel The Life and Death of Mr. Badman, and sermons such as "Justification by an Imputed Righteousness".

Bunyan’s gripping take on prophecy and religious history comes to the fore in the essay "Of Antichrist and His Ruin", while his 1682 novel, The Holy War, tells the story of the town "Mansoul" (Man's soul). Bunyans’ classic Pilgrim’s Progress is probably the most famous Christian allegory. The work has been cited as the first ever novel written in English, has been translated into more than 200 languages and has never been out of print.

What listeners say about The Very Best of John Bunyan