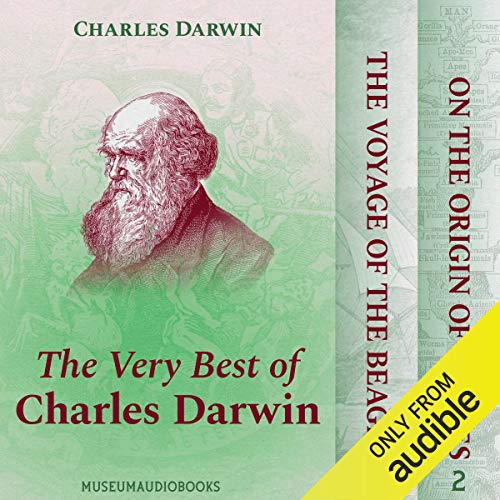 The Very Best of Charles Darwin

The Very Best of Charles Darwin comprises On the Origin of Species and The Voyage of the Beagle. The first introduced the theory that populations evolve over the course of generations through a process of natural selection. The evidence was gathered on the Beagle expedition in the 1830s, recounted in The Voyage of the Beagle, which is both a travel memoir and a scientific field journal of anthropological, biological, and geological interest. The Beagle sailed across the Atlantic Ocean and carried out hydrographical surveys along the coast of Southern South America. After circumnavigating the globe, the ship returned home via Tahiti and Australia. Soon after this journey, Darwin began to formulate the theories of evolution and natural selection that would become the unifying concept of the life sciences.

What listeners say about The Very Best of Charles Darwin