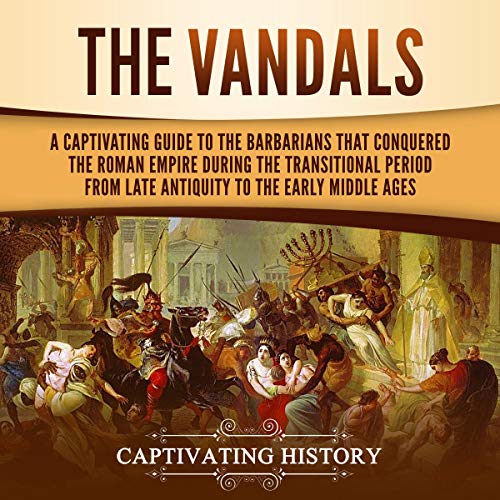 If you want to discover the captivating history of the Vandals, then keep reading...

In the modern world, when one imagines a vandal, it's often a youth with a covered face drawing graffiti on a wall of a public building. And the act of deliberate defacement, destruction, or damage to public or private property is known as vandalism.

This idea became an integral part of world culture with most people using it without knowing that this word is linked to an ancient Germanic tribe called the Vandals. The small number of people that are aware of this link often envision these Vandals as outright barbarians who pillaged and burned, killed and destroyed. They were the antithesis of civilized and cultured life. That image has been engraved in our collective consciousness by centuries of historical propaganda.

This was possible because the Vandals didn't leave us any histories written by themselves. Thus, most of the ancient sources on their past were written by their enemies and adversaries, who didn't look too kindly on them. This is especially true for later historians who idealized ancient Rome and blamed the Vandals for its fall. But the question is, how much of it is true?

This audiobook is aimed to answer that question.

Were the Vandals really so wild, and were they worse than any other tribe in Europe at that time? It will also present the society and culture of this tribe in an attempt to not only shed light on their reputation in history but to also give their side of the story as the stereotypical bad guys. In essence, this guide will try to give some voice to the voiceless Vandals. Hopefully by the end of it, you will leave with your own picture of who those barbarians were.

In The Vandals: A Captivating Guide to the Barbarians That Conquered the Roman Empire During the Transitional Period from Late Antiquity to the Early Middle Ages, you will discover topics such as:

So if you want to learn more about The Vandals, get this audiobook now!

What listeners say about The Vandals