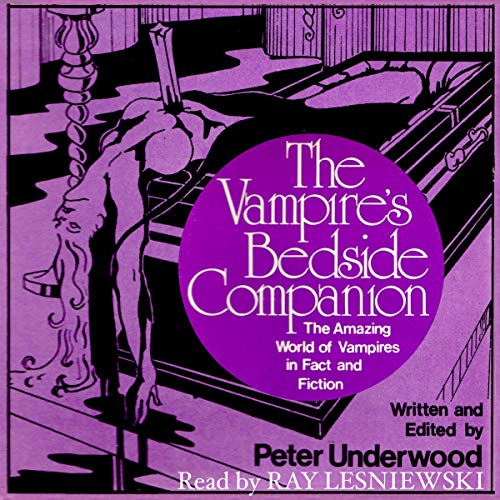 The Vampire's Bedside Companion: The Amazing World of Vampires in Fact and Fiction

The Vampire’s Bedside Companion is a riveting compendium of new facts and fiction on the undying theme of vampirism.

Here is a new theory on the genesis of Dracula (surely literature’s most compelling and macabre figure?); thoughts on allusions to vampirism in Wuthering Heights; first-hand experience of Vampires in Hampstead, London; publication for the first time of the story of a 15th-century Vampire Protection medallion that Montague Summers presented to the author; an account by a professer of English at Dalhousie University of a visit to ‘Castle Dracula’ in Transylvania - The Vampire’s Bedside Companion contains these and a wealth of other hitherto unpublished material on a subject that is of enduring interest: The Vampire Legend

To many people, vampires are creatures only of legend and fantasy with no reality outside the pages of books. Others, who have studied the folklore of many countries and the continuing reports of vampirism, maintain that there is extensive evidence not only that vampires once existed but that, in fact, they still do exist. In this fascinating book the author, himself an acknowledged expert on the Occult, presents true accounts of vampire infestation in England, America, Ireland, Hungary, China and France. Records of vampires and vampirism are, he claims, as old as the world and as recent as yesterday.

Illustrated with my striking photographs, The Vampire’s Bedside Companion also contains original and evocative drawings by Geoffrey Bourne-Taylor. It is a must-have for all students of the occult and every fan of the macabre.

What listeners say about The Vampire's Bedside Companion: The Amazing World of Vampires in Fact and Fiction