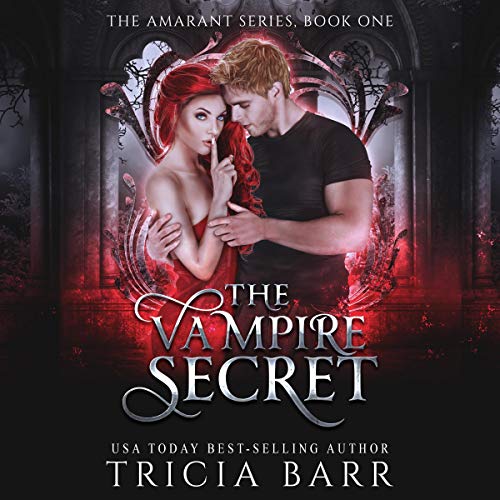 Fans of Twilight and A Shade of Vampire are sinking their teeth into this exciting new vampire romance!

A fictional world brought to life, a dark romance that promises eternity, and a secret that threatens to end it all.

Crimson Wilkinson is a teenage girl who, having survived a dark childhood, finds her escape in reading a popular vampire series. After some investigation, she becomes an active part in the very true vampire stories the world thought were fiction and falls in love with their author, Nicholae Albaric, the sweetly lonely vampire celebrity. But her happiness is short-lived as she discovers she has a rare gene that makes the carrier extremely powerful if turned into a vampire, and she is targeted as the vampire community’s number-one most-wanted, some who want to kill her before she becomes a threat, and others who want to use her powers to their own ends.

What listeners say about The Vampire Secret

Not my favorite story or narration

The story has potential and I was hopeful in the beginning. However, it started resembling Twilight so much I grew frustrated.

The narrator reads well but I struggled with the a small, whispery voice that grates towards the end of the book. Crimson sounds submissive and fragile. Her male characterization was solid. Nicholae sounds strong and caring.

This story is just ok. The thinking of the characters is very young and naive. The story reads like a Young girls dream of happily ever after.

I absolutely enjoyed knowing that I had a chance to listen to a new fun, interesting story and full of my favorite characters VAMPIRE 🧛‍♀️💖💖🧛‍♂️
I already seen book 2 which hopefully is MORE of THIS ENTERTAINING STORY WITH A CONTINUATION OF THE STORY IN A SERIES THAT WAY THERES MORE OF THE SAME STORY ABOUT THE CHARACTERS THAT ARE SO VERY MUCH LOVED💖
The narrator was great as well.

I liked this alot, but reminded me alot of Twilight..I loved all the different characters and can't wait to see what is next.

I liked the vampire story

the girl hunted down her vampire and found him. interesting story new twist. the author and narrator told the story well.

I really enjoyed this book. It held my attention the entire time. Story line was great. Narrator did a great job of bringing it to life!