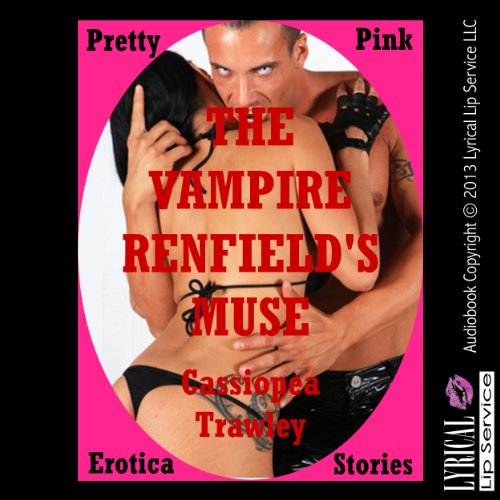 Warning: This audiobook contains very explicit descriptions of sexual activity during a paranormal sex encounter. It includes deep throat, vampire sex, oral sex, and rough sex. It is intended for mature readers who will not be offended by graphic depictions of sex acts between consenting adults.

“Renfield, would you like to come home with me?” The combination of her touch and her words made him jump, knocking over his scotch, ice scattering across the table. They both laughed. “I normally don’t ask men I’ve just met to come home with me.” Cordelia’s voice was soft, her eyes gleaming in the dim light of the bar. “But there’s something here I don’t understand, something about you - something familiar - that’s touched me, that I want to pursue. I think you feel it too. I’m not an impulsive person but I do believe in following my heart.” Renfield nodded his head. “I would very much like to come home with you, Cordelia.” He was excited on so many levels at the prospect of being alone with her. He realized he wanted her body, wanted to make love to her, very badly, but that wasn’t the sole driving force behind how he felt. Cordelia excused herself to the restroom. Renfield had the briefest desire to bolt from the bar; he wasn’t sure he could take the intensity of his feelings. But when he saw Cordelia walking back toward their table, her smile at seeing him lighting up her face, his doubts vanished. He stood as she reached the table and before he realized it, pulled her into his arms and kissed her. Renfield felt Cordelia stiffen briefly before relaxing into his embrace, winding her arms around his neck. She was so tiny in his arms, physically so slight he felt the need to be gentle with her. But the fire in her kiss took him by surprise. She returned his kiss with passion, her mouth opening to his, her tongue darting out to tease his lips. He opened his mouth to her, feeling her stretch up on her tiptoes as she deepened their kiss. Renfield felt his body respond to her, felt a jolt of heat in his belly, igniting a fire deep inside of him. He felt Cordelia shiver against him, heard her moan softly against his lips. He pulled her tighter, his growing erection pressed between them, pushing against her stomach.

What listeners say about The Vampire Renfield's Muse