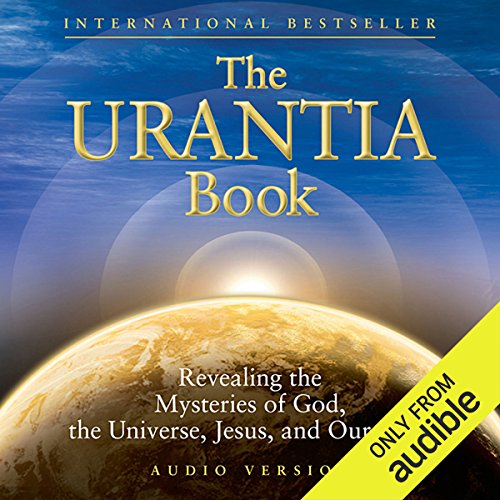 The Urantia Book (Part 3): The History of Urantia [Earth]

After listening to Part 1 and Part 2 of The Urantia Book, listening to Part 3 makes you feel like an astronaut returning to earth from a long space voyage. Part 3 depicts the history of life on earth since its origin more than four-and-one-half billion years ago. It traces the story of human existence from the birth of the first two human beings nearly 993,500 years ago.

Beyond explaining our physical evolution, Part 3 describes the development of civilization, industry, government, religion, and family life. The records of human tribulation and progress indicate that we are moving toward a better world.

Highlights from Part 3 include: A scientific explanation of the origin of our solar system and our world; the stages of a divinely guided evolutionary process; the ages of fishes, birds, dinosaurs, and primates; how and why human life evolved on earth; the story of the first two human beings; the triumphs and tragedies of Adam and Eve; Abraham, Moses, Van, Lao-tse, Confucius, Ikhnaton, and other heroes of planetary history; the rise and fall of ancient civilizations; the bleak years of the Lucifer rebellion; the evolution of government and the path to world peace; principles for successful marriages and good families; how personal religion brings you lasting happiness; how the indwelling Spirit of God works to ensure your eternal survival; how to pray and worship more effectively; and how to overcome evil and suffering.

What listeners say about The Urantia Book (Part 3): The History of Urantia [Earth]

Part 3 of The Urantia Book totally changed my perception of history. I’d heard its teaching of evolution would help me understand the thinking of men like Darwin, Leaky, Gould, and Chardin. Little did I suspect it would help me understand God, Adam and Eve, the Lucifer Rebellion, and the million year story of people on this world. I started reading Part 3 hoping to reconcile science and religion. When I finished I had a clear sense of how God divinely guides the scientific and evolutionary process.

You’ll hear the history of our solar system and life on earth since its origin more than four and one-half billion years ago. The teachings trace human existence from the birth of the first two human beings nearly 993,500 years ago up to the times of Jesus. It describes the rise and fall of lost civilizations, the bleak years of the Lucifer Rebellion, and the detailed story of Adam and Eve (not the first two people on earth). You’ll learn diverse information from the extinction of dinosaurs to the life of Abraham and Confucius.

Beyond plotting our physical evolution this section describes the development of civilization, industry, government, religion, and family life. It brings God up close and personal with its description of the “Thought Adjuster”, that part of God that lives within us. All in all, I loved Part 3 and highly recommend it for those looking for new answers.

Combines science, philosophy, art and spiritually/true religion. Promotes no one religion/culture over another, simply explains how everything works together in perfect harmony in God’s kingdom. Adheres to the philosophy that we humans are all literally connected to the same Heavenly Father and have the free-will to choose our eternal life paths. Confirms that there is no devil, only evil created in the minds of men determined to do evil. Offers hope for the next state of existence: free of pain, disease, poverty, lack, loneliness, discrimination, predators, etc. All eternity is choice and potential eternal joy with purpose.

Some sections must be listened to twice, but it's definetely worth the effort! cool!

This second installment of the Urantia Book is a must have for everyone who always thought there must be something more to the existence of everything.

The most profound book I have ever read.

Most of my life I have been asking questions about God and all the religions. This book has answered more questions than I had ever considered. Thanks to all those entities that has played a pert in making it available to the world.

We need this is Spanish and other languages! A great use of time, great voices, and loved every minute of it.

You'll never think of the world we live in the same way! These insights open your mind into a limitless realm of creative awareness that will transform the way you look at life and the creator. Well worth the investment of time and energy to assimilate the information in this series of books.

So much information. ... it was overwhelming good, but in a good way.