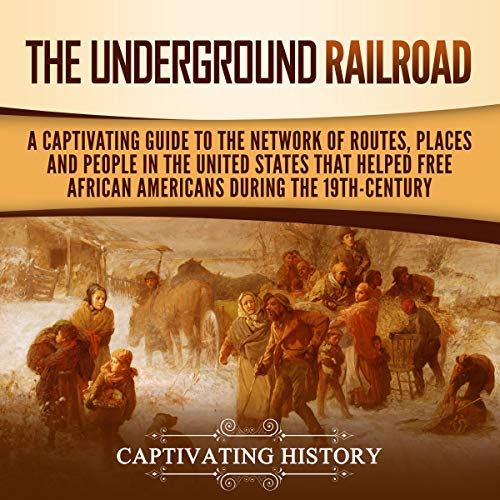 If you want to discover the captivating history of the Underground Railroad, then pay attention...

The Underground Railroad wasn’t underground. Nor was it a railroad. It was, however, an awe-inspiring piece of history, and one that speaks of hope even today.

Two hundred years ago, slavery had the Southern United States firmly in its evil grip. Around four million African Americans languished in the most appalling of living conditions, their lives controlled by people who saw them as objects. They were starved, whipped, and put to work despite being pregnant, sick, or so young that they could barely walk. They were despised, downtrodden, and degraded in every way. They longed for freedom, yet to reach the free land of Canada, they would have to cross thousands of miles filled with the threat of slave catchers, men who had made it their business to snatch desperate people who were on the very brink of liberty.

It was a hopeless time, but it was also a time of heroes. The only hope that these enslaved people had of escaping their brutal fates was the Underground Railroad. This fabled network of people and places delivered tens of thousands of escaped slaves all the way across the northern United States and into Canada. And while many of the people who made these escapes possible have melted away into history as faceless heroes, we know the names and stories of many. Their stories are some of the most inspiring that we will ever hear.

In this audiobook, you will discover topics such as:

So if you want to learn more about the history of the Underground Railroad, buy this audiobook now!

What listeners say about The Underground Railroad

I thought I new a lot about slavery and the UGRR , I was wrong. This book showed me how much . I recommend this book to anyone wishing to know about the civil war and the Underground Railroad. It was not boring and captivated my interest from the first chapter