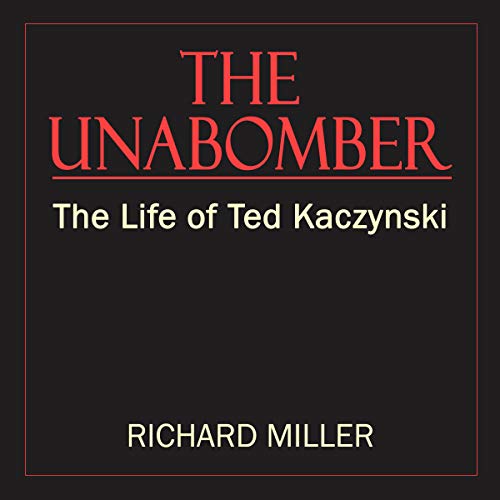 Theodore John Kaczynski, also known as the Unabomber, is an American domestic terrorist. A mathematics prodigy, he abandoned an academic career in 1969 to pursue a primitive lifestyle. Then, between 1978 and 1995, he killed three people and injured 23 others in an attempt to start a revolution by conducting a nationwide bombing campaign targeting people involved with modern technology. In conjunction, he issued a social critique opposing industrialization and advancing a nature-centered form of anarchism.

What listeners say about The Unabomber

THIS IS TERRIBLE, NOT WORTHY OF A LISTEN

This was the worst audio book ive ever heard. it was about 2 hours long and sounded like the "author" was simply reading you the prefaces of other books on the topic.