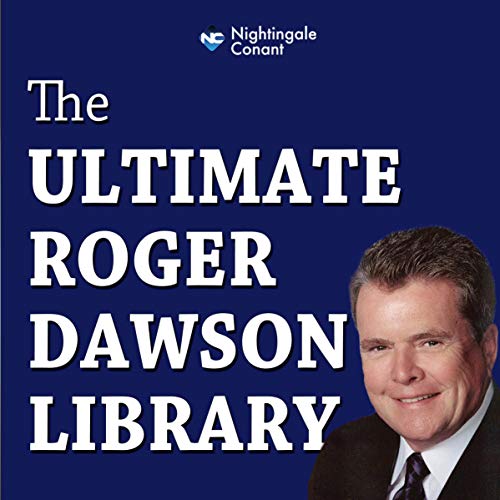 The Nightingale-Conant Corporation is pleased to present The Ultimate Roger Dawson Library - a collection of the greatest ideas in sound ever recorded by one of Nightingale-Conant’s most popular and most impactful authors.

Roger Dawson, born in England, came to this country in 1962, becoming a US citizen in 1972. His business background includes being president of one of California's largest real estate companies, with 28 offices, 540 sales associates, and a volume of over $400 million per year. As a full-time speaker since 1982, he has trained managers and salespeople at the top companies and business associations throughout the United States, Canada, Europe, Taiwan, China, New Zealand, and Australia. He was inducted into the Speaker Hall of Fame in 1991. Business executives love Roger Dawson for his ability to teach their people how to improve profits and make more sales with his Power Negotiating tactics. Meeting planners love Roger Dawson for his ability to put on a terrific presentation that is custom-tailored to their audiences and filled with content and humor.

In this series of inspirational and idea-packed classic segments, you’ll also discover his remarkable ability to take incredibly complex ideas in the arena of business, deal-making, real estate, and personal success - and to distill those ideas down to simple, easy-to-understand language, delivered in the friendly easy-going manner that made Roger famous. The sessions that follow range in time from 1985 all the way to 2003, so we ask you to forgive any dated references or change in audio quality. Our goal was to bring you all the classic segments, in their original form, which have been inspiring customers for decades.

What listeners say about The Ultimate Roger Dawson Library