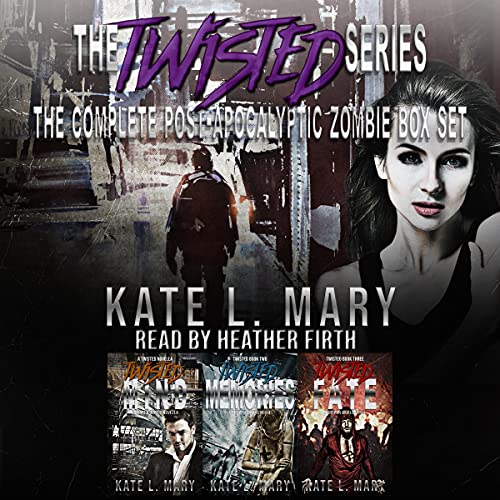 Twenty years ago a deadly virus swept the globe, ravaging the population. People died and came back as monsters, and through the tragedy that rocked the world, survivors were born.

Get the follow up to the Broken World series in one complete in one box set!

Catch up with old friends in this thrilling series that encompasses the two decades following the Broken World series. Learn what started the virus, and what became of our survivors after settling in Atlanta, while revisiting old friends and meeting new ones!

What listeners say about The Twisted Series