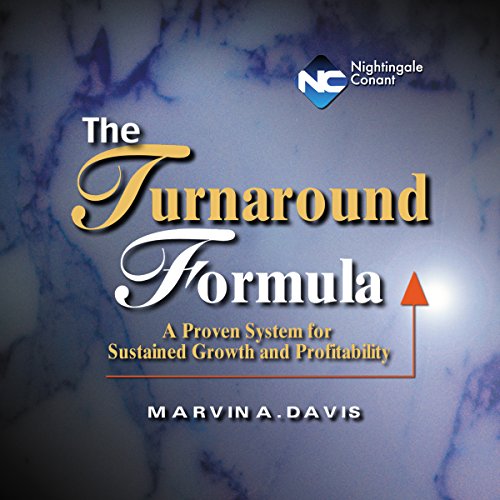 Just a few years out of business school, Marvin Davis found himself in the position of Chief Financial Officer of a large, fully integrated oil company that was losing well over $250,000 a month. In short order, through his keen perception and strategic ability, Marvin devised and began to implement a no-nonsense plan to eliminate waste and improve productivity. Remarkably, the company almost immediately began to turn a profit and within just six months was earning two million dollars a month.

In The Turnaround Formula, Marvin reveals his secrets in a step-by-step program that will begin to have an effect from day one. Your company will take on a lean, mean, more aggressive posture that gives it an edge in today's super-competitive marketplace. For people looking to revive a failing company or those interested in strengthening a healthy one, The Turnaround Formula is the sure-fire prescription for renewed profits. As Marvin says, you don't have to be sick to get well.

Just some of the things you'll learn in The Turnaround Formula are:

It all starts with handling one tough assignment. Then you take on another and another. According to Marvin, no one ever expects to get into crisis management. But once you do, there's an exhilaration that comes from seeing an unhealthy business become profitable again. You'll be able to do more with less and maximize your resources better than before.

What listeners say about The Turnaround Formula

This is one of the best books about restructuring. It shows step by step process that is very helpful and informative.