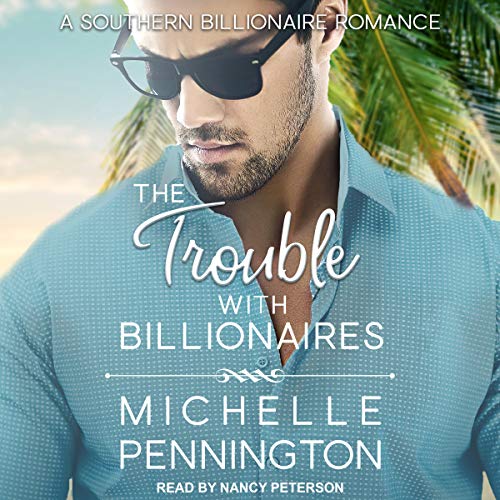 The Trouble with Billionaires

The Trouble with Billionaires

She's sworn to never fall for another rich man. He's determined to change her mind.

Charlotte Mabry moves to a small town in Alabama, full of plans for a better life, especially for her son, Taylor. Cash is short, but at least she's free from the crushing heartbreak of being married to a man who only cared about money. So even though Nate Haverton sends her pulses racing from the moment they meet, she refuses to let her heart lead her back into misery. Because he might be her son's T-ball coach, but he's also a billionaire.

Nate's drive and genius for solving problems have made him insanely wealthy but not happy. With no time for a committed relationship, he tries to fill the emptiness inside by giving back to his home town. But then Charlotte moves in, and he knows all this time he's been waiting for someone like her. She's beautiful, sweet, and strong...but adamant about keeping him at arm's length.

When his good intentions go wrong and rumors fly in their small Southern town, this may be one problem he can't solve - even though it's the one that matters most.

This is a sweet romance.

What listeners say about The Trouble with Billionaires

I thoroughly enjoyed this book. The story is fun and has all the elements I love in a good book. Romance, humor, and challenges to be overcome. The author did a great job and is very creative. I love her writing style. The narrator was excellent. She brought the story to life. I hope to see many more books by this author and this narrator on audible!