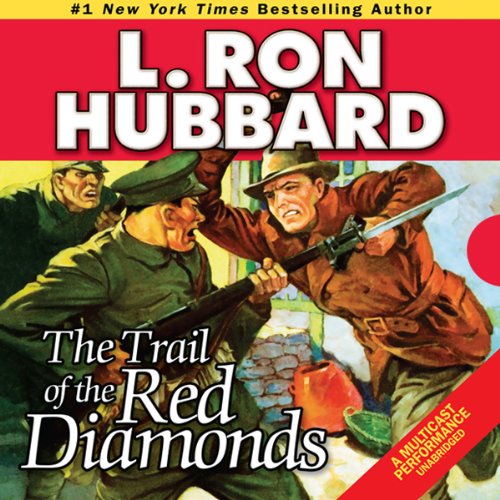 The Trail of the Red Diamonds

An obscure original manuscript of Marco Polo’s travels ... A tantalizing clue to the site of Kublai Khan’s fabled burial site ... A chance to unearth the truth behind a long-lost treasure. It’s an opportunity that would make Indiana Jones drop everything but his whip and race off to China. But he’d be too late. Lieutenant Jonathan Daly is way ahead of him.

Two bullet holes and a bad case of malaria may not be enough to stop Daly, but a crew of criminals, a brood of British agents, and the entire Chinese army are all in the game ... and determined to keep him out of it. The stakes are too high, and the potential rewards too great, though, to let a little treachery, betrayal and human sacrifice stand in Daly’s way.

He’s hot on The Trail of the Red Diamonds—a cache of exceedingly rare gems that were meant to light the way to heaven as an offering to the gods. And only God knows if Daly will manage to dig up the diamonds ... or end up buried with them.

Also includes the rousing adventure “Hurricane's Roar,” the story of an American pilot in Mongolia who whips up a storm of death-defying air battles ... in the search for peace.

Catch the whispers of conspiracy and shouts of warning and danger as the audio version of The Trail of the Red Diamonds delivers a gem of an adventure.

What listeners say about The Trail of the Red Diamonds

Great performance by a wonderful cast. Once I started it was almost impossible to stop.
Another great job by Mr. Hubbard and Audible. I highly recommend this selection.