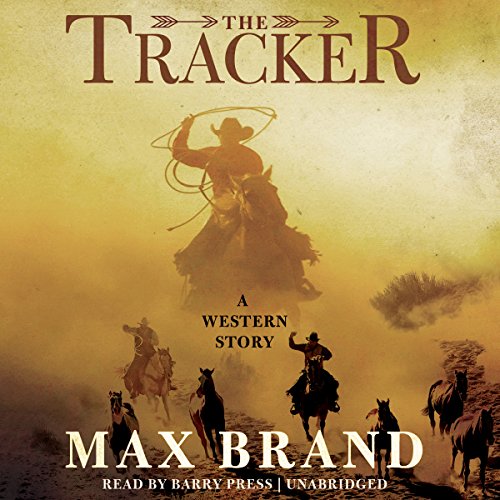 Tom Fuller - a scrupulously honest fellow, a person of extraordinary physical strength, and owner of a savage horse, Rusty, that he alone was able to tame - is generally regarded as a half-wit. He has been summarily fired from every job he has ever had and even comes to regard himself as a failure. He makes one more try when he is hired on as a blacksmith's assistant by Boston Charlie. Finally here is a job that Tom can perform successfully, and his spirit soars.

Oliver Champion, who stops at the smithy to have his wagon horses newly shod, is impressed by Tom's ability. Champion also recognizes Tom as the son of the late Washington Fuller, a renowned gunfighter. Boston Charlie, far from being impressed by this revelation, is outraged and fires Tom, insisting that he leave at once. Champion takes this newfound opportunity to propose that Tom, who in addition to his physical strength is also an excellent shot, should become his bodyguard. Not having any alternative, Tom accepts the offer.

It is obviously a decision made in haste, as Tom soon learns that Champion is new to the West, that he is an escaped convict from a prison in the East, and that he has come all this way in pursuit of a master criminal, Henry Plank, the man actually responsible for the robbery for which Champion was imprisoned. Now Champion wants Tom to lead him through unfamiliar country to get his revenge.

What listeners say about The Tracker

Max Brand (1892-1944) was called “The Shakespeare of the Western Range.” Max Brand was a pseudonym for Frederick Schiller Faust. Faust was a prolife writer and wrote under at least a dozen pseudonyms. He wrote in many genre and many of his books were made into movies such as “Destry Rides Again” and “Dr. James Kildare” being two famous books/movies. The copyright on most of his works has run out and his family and other publishers are re-publishing much of his work under new copyrights in print/e-book/audio book formats. This book “The Tracker” was a magazine serial from the 1920s and was republished as an e-book and audio book.

The protagonist is Tom Fuller, an honest fellow of extraordinary physical strength and generally regarded as a half wit, which he is not. Fuller obtains a job as blacksmith assistance. Along comes Oliver Champion and recognizes him as the son of a renowned gunfighter so he loses his job. Champion hires him as a body guard as he is also an excellent shot. Champion is from the east and has never been west. He is in pursuit of a master criminal Henry Plank.

The book is fast paced and full of action and excellent dialog. The book is well written with an interesting plot. The story was written in the days authors were paid by the word so there are lots of descriptions in the story to add words.
Barry Press narrates the book.

A much better story than the summary leads you to think. Well worth listening to.