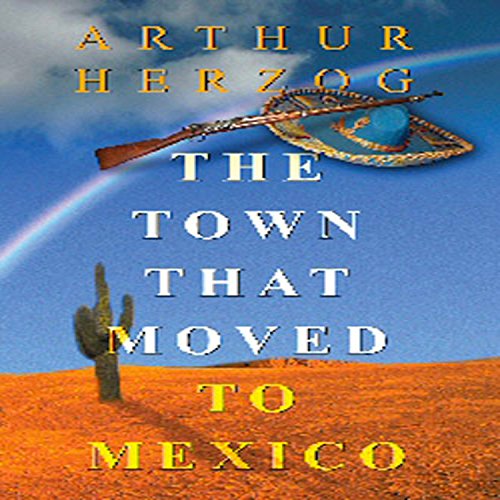 The Town that Moved to Mexico

The small towns of Hinchville, CA, and La Lacrimosa, Mexico, dispute ownership of a small strip of land on the border between them. When an earthquake causes a bizarre landslide, and several of the houses in Hinchville end up in La Lacrimosa's town square, the minor dispute becomes an international incident.The Mexican mayor turns the tables on the Americans by forcing them to perform domestic work for meager wages, while the mayor of Hinchville tries to figure out how to get his house back to California. When rumor of an airborne chemical weapon manufactured in the Mexican town reaches the U.S. State Department, military forces for each country assemble on the border, preparing for a potential conflict. But the longer the Americans stay there, the more they come to realize they have more in common with the Mexicans than they originally expected. But can they avoid military action?

What listeners say about The Town that Moved to Mexico

The Town That Moved to Mexico,

Would you listen to The Town that Moved to Mexico again? Why?

Have you listened to any of Mark Moseley’s other performances before? How does this one compare?

A US boarder town, whose citizens hate Mexicans, is moved to Mexico in a landslide.
Now the majority, is the minority, and how they cope is very funny.

Script is available for a feature film