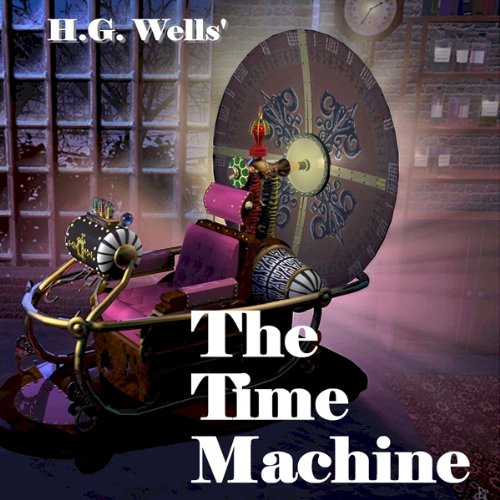 For more than 100 years, science-fiction writers around the world have captured our imaginations with speculations about journeys into the past or future. Countless novels, short stories, movies, and TV shows have used or adapted the theme of time travel. However, all of them owe a debt to Herbert George Wells. This, his first major novel, published in 1895, was the origin of the very concept of time travel. It is considered by many to be one of the greatest science-fiction novels of all time.

In this story, the Time Traveller spins forward from late 19th century London to the year 802,701 where two rival species of human descendants co-exist in tension. The Eloi live in an apparent paradise, although constantly fearful of their nocturnal subterranean predators, the Morlocks. Now you can have this incomparable story read to you.

What listeners say about The Time Machine

The narrator of this book was terrible!

all in all, the production of this book felt very amateur. Disappointed!
Every book that I have listened too up to now I have found something to enjoy even if the story was not great. I could have made something just as good as this audio book, myself using a tape recorder!

Strange naration, but a classic story

I'm very familiar with this story so was glad to see it available as an audio book. The story is told well for the most part. However it's rather spoilt by the narrator. HG Wells is an English writer, and the portrayal of the time traveller's voice is exactly as you'd expect it to be. Shane Sody in his own voice however (adding the incidentals between the time traveller's dialogues) is in a startling Australian accent. Furthermore, there are regular sound effects added to the story which comes somewhere between adding-null-value and being-a-distraction to the performance. I'm sure this is a reflection of Shane's primary profession as a radio host.
Get passed the oddities in the narration and the book is the classic that you'd expect it to be

i gave up, couldn't stand it

the narration and sound quality was just intolerable. i returned in favour of better version.