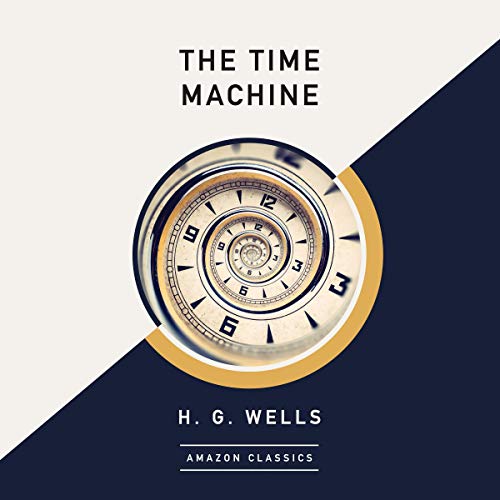 A scientist and gentleman inventor in industrialized Victorian England claims to have irrefutable proof that time is not simply a concept - it's a whole other dimension. When he reveals the prototype of a time-traveling machine to his peers, he's met with skepticism at first...until he returns one week later, disheveled, bloody, and with a fantastic story to tell.

A cornerstone of speculative science fiction, The Time Machine launched the time-traveling genre, influenced generations of writers, and is recognized as a prescient vision of twenty-first-century fears - those of an impending environmental nightmare and the irreversible fate of a dying planet.

AmazonClassics brings you timeless works from the masters of storytelling. Ideal for anyone who wants to listen to a great work for the first time or rediscover an old favorite, these new editions open the door to literature's most unforgettable characters and beloved worlds.

What listeners say about The Time Machine (AmazonClassics Edition)

Required reading for the serious fan of the genre!

One of the first authors to really explore the potential perils of Time Travel as a genre, H.G. Wells projects his own culture into the far future and writes a cautionary tale just as relevant today as it was a hundred years ago. The prose is excellent with none of the grammar and punctuation errors that are so common today. Have read this novella many times and now I get to enjoy it in Audible format as well!

I want to highlight Simon Vance's wonderful performance. I've always been of a bit of mixed mind about the story, and Wells generally. The scope of imagination is tremendous as is his skill, it's the worldview and pedantry that gets me every time. I think he gets the looming awe and horror of "deep time" better than George Edward England, but maybe not quite as powerfully as William Hope Hodgson or Lord Dunsany. There's... something missing in Wells' work that just leaves me uneasy. Note to those whose introduction to The Time Machine is the 1963 George Pal movie. This ain't that story, not as you think.

Comments from a reader

This is a fun science-fiction novel. Despite being an old novel it felt like reading a new and modern book. A must read.

started out strong, then drifted off into a long boring account of his travel. picks up at the ends

Amazing book! I have listened to over and over again. The reader's voice helps me fall asleep too

A perfect combo for narrator and story

I've heard Simon Vance in another audiobook and I couldn't tell if it was the story or the narrators delivery. turns out it was the story because this performance of The Time Machine was really enjoyable with this narrator.

I know it is classics, but still almost forced myself to the end. Great performance of Mr Vance helped indeed. Wonderful language, brilliantly delivered. But still very boring.