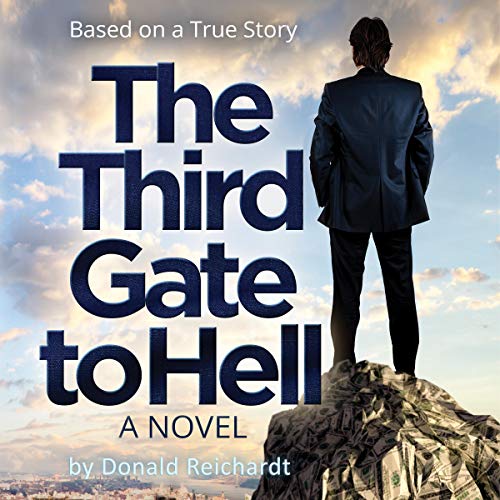 The Third Gate to Hell

Suave, intelligent, small-town Kansas boy Will Martin cannot resist temptation; he is a striver who does not learn the lessons of his failed Ponzi schemes and other investment frauds. "Hell has three gates," says the ancient Sanskrit verse of the Bhagavad Gita, "lust, anger, and greed." The third of these destroys careers, ruins personal lives, and sends some over the edge. Based on a true story, The Third Gate to Hell follows Martin's ambitious business career from its modest beginnings to his rise to the top of the mountain amid the high-flying, "wild west" savings and loan scandals of the Eighties.

Others retreat when the industry implodes, but Will applies his natural charm and persuasive personality to continue chasing a dream of riches. His addiction to a lavish lifestyle has its hooks in him. Unable to keep his hands off of other people's money, he serves time in the Leavenworth Penitentiary. After paying so dear a price, he would do well to return to his roots and live out his life in quiet humility. But it's not in Will Martin to retreat; his allegiance to the credo, "...too much ain't enough" plunges him to a bitter and tragic end.

The Third Gate to Hell leaves the listener haunted by the question: How can a young man from admirable beginnings, a natural born leader with a keen intellect and panache, cheat and steal his way to self-destruction? The story is true; names and locations have been changed in deference to those left in the wake of the real Will Martin.

What listeners say about The Third Gate to Hell