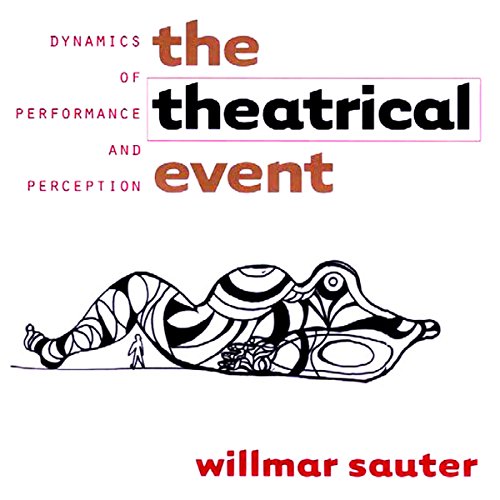 The Theatrical Event: Dynamics of Performance and Perception

The Theatrical Event: Dynamics of Performance and Perception

In the first part of the book, Willmar Sauter presents various models for the analysis of theatrical events, examining the relationship between performance and perception and the interaction between the performative event and its context. Using examples from ancient and recent theater history, and discussing traditional and nontraditional approaches to theater theory, he builds a paradigmatic change in the concept of theater. Constructs such as playing culture (as opposed to written culture), theatrical communication, theatricality, and theater as a model of cultural event are brought into focus and their methodological advantages explored.

The second part of the book uses the theoretical groundwork of the first part to enhance a variety of topics, including such legends as Sarah Bernhardt and other historical phenomena, such as a Swedish Renaissance play, Strindberg's ideas on acting, the question of ethnicity in the political theater of the 1930s, and critical writings on contemporary performances. Sauter examines how Robert Lepage's staging of A Dream Play is viewed by critics and scholars and analyzes Dario Fo's intercultural transfer to outdoor performances in Stockholm and the unusual sensationalism of Strindberg's Miss Julie.

"The Theatrical Event is promising and useful, perhaps the most useful conceptualization of the theatrical process available." (Janelle Reinelt, University of California, Davis, and former editor of Theatre Journal)

What listeners say about The Theatrical Event: Dynamics of Performance and Perception

I bought this book with an interest in learning more about the theory behind performance studies. I am considering a potential career in performance arts but with a late start in the field, so I thought it would be worthwhile to do some "homework." That said, I had already taken a course in college a number of years ago intended as an introduction to performance theory.

I have given up only an hour into the book. While the material is indeed dry, I assumed I wouldn't be too daunted by the content and analytical writing; seeing that I am incorrect, I would NOT attempt this book if not seriously studying performance theory for a degree. The narrator also makes the material seem drier, as he drones on endlessly in a monotonic [and annoying] voice.

The review on the book itself claims that it is a useful text, but again I think it would only serve someone who is working on a doctorate in performance studies.

I bought this expecting to be exposed to arcane but interesting theories on the nature of theater and performance.

What I discovered was only that the author has a massive and deeply boring gift for the obvious; a good chunk of this book was mundane observations about theater and drama that any audience member could have. Why buy a book by a putative academic that simply repeats what we already know to us?

There were occasional flashes of insight but the author was too reticent to develop or elaborate on them.

Would you try another book from Willmar Sauter and/or Jack Chekijian?

Would think twice before reading a Willmar Sauter book.

Would you ever listen to anything by Willmar Sauter again?

Have you listened to any of Jack Chekijian’s other performances before? How does this one compare?

If you could play editor, what scene or scenes would you have cut from The Theatrical Event: Dynamics of Performance and Perception?

Most of the book conveys little information about a theatrical event except the anecdotal unproven quips by the author. The author suggests that he is going to be scientific and take a psychological approach to analysing a theatrical event but does not deliver. Instead we hear opinion, praise of certain actors, plays and discussion over government funding of theatre.