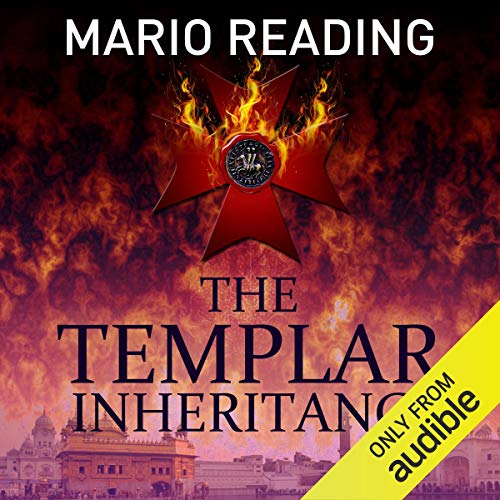 It's 1198. On the eve of his execution, disgraced Templar knight Johannes von Hartelius writes a last confession. The parchment conceals the location of the Copper Scroll, said to hold the secret of Solomon's treasure.

In present-day Iraq, John Hart discovers the message hidden in his ancestor's testament. Accompanied only by his beautiful Kurdish translator, Hart sets out to find the Copper Scroll.

John Hart must travel in his forefather's footsteps to Iran and the hollow mountain known as Solomon's Prison...but will he share the Templars' fate?

What listeners say about The Templar Inheritance

A book of one half

The historical section I found interesting.
The rest I found was almost a parody of a rom /com I also thought the plot weak and contrived

If you could sum up The Templar Inheritance in three words, what would they be?

What was one of the most memorable moments of The Templar Inheritance?

Loved the threading of storyline from present day to the Crusades

good read if you have read 1st book.

This book expanses on where book 1 ended. it had two timelines runny. I look forward to the 3rd Book

Drop the fake German accent, it is so bad that the story becomes somehow ridiculous. On the other hand the actual German words and names should be pronounced correctly. As mentioned this whole business does nothing for the story, it is off putting.