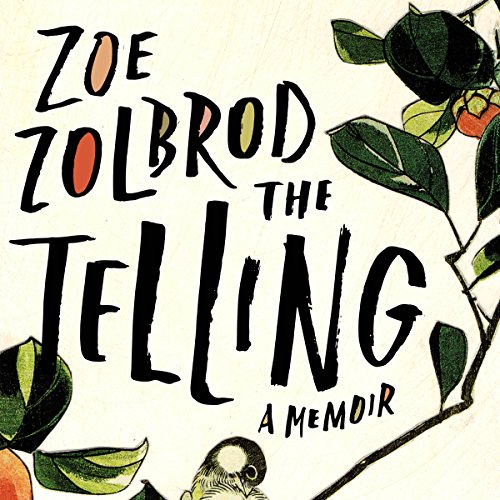 Zoe Zolbrod remained silent about her early childhood molestation for nearly a decade. When she finally decided to tell, she wasn't sure what to expect or what to say. Through a kaleidoscopic series of experiences - Zolbrod hitchhikes with a boyfriend from one coast to another, hangs out in a strip club in Philadelphia, meets and marries her husband, and gives birth to her children - she traces the development of her sexuality, her relationships with men, and the cultivation of her motherhood in the shadow of her childhood sexual abuse. Bolstered with research, Zolbrod argues passionately for the empowerment of sexual abuse victims and the courage it takes to talk about it.

The Telling is an intimate examination of one woman's reckoning with a past she can't always explain and a life lived in search for the right words.

Zoe Zolbrod's work has appeared in Salon, The Nervous Breakdown, The Weeklings, and the Rumpus, where she serves as the Sunday editor. Her debut novel, Currency, won a 2010 Nobbie Award and received an honorable mention by Friends of American Writers. Zolbrod lives in Evanston, Illinois, with her husband and children.

"Evocative, fiercely intelligent, and beautifully constructed. In telling her story, Zolbrod becomes a time traveler, making elegant leaps from early childhood to her unconventional coming of age to the embattled but deep satisfactions of her own motherhood. The Telling is a necessary memoir in every way." (Emily Rapp, author of The Still Point of the Turning World)

What listeners say about The Telling